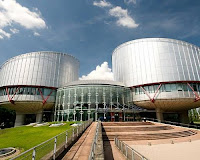 Yesterday, president Costa of the Court gave his annual press conference. He expressed optimism for three very different reasons. First, the entry into force of the EU's Lisbon Treaty which clears the way for EU accession to the ECHR. President
Costa qualified this as an important step towards the creation of a "fundamental rights space" in Europe. Secondly, the Russain Duma's acceptance of Protocol 14 to the ECHR a few weeks ago, which - and there is some news - the Russian Federal Council (the other branch of Russsia's legislative) also voted in favor of on Wednesday! Formal ratification will thus hopefully follow very soon. Thirdly, the upcoming Interlaken conference, which Costa labelled "a major challenge for the member States and an opportunity for the Court."

The less positive backdrop of these developments is the ever-growing caseload of the Court, as Costa also acknowledged. He pointed out currently over 119,000 applications are pending. Accordign to hte press release, "over 57,000 new applications were allocated to a judicial formation in 2009 which was a 15% increase compared to the previous year. Over the same period, 35,460 applications were decided - 2,395 by judgment and 33,065 by an inadmissibility or strike-out decision; that represented an increase of 27% and 10% respectively in relation to 2008. As in 2008, 4 States (Russia, Turkey, Ukraine and Romania) were the source of almost 56% of the pending applications: in particular 28.1% of the cases were directed against Russia, 11% Turkey, 8.4% Ukraine and 8.2% Romania." This points to the need for icnreased country-specific legal cooperation by other Council of Europe institutions with these four states in order to improve domestic performance. The statistics can be found in full in the provisional edition of the Court's Annual Report 2009, which has also been made available online.