Paper on National Judicial Treatment of the ECHR 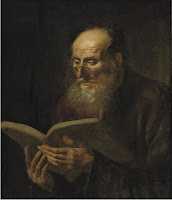 Giuseppe Martinico, of the Centro de Estudios Politicos y Constitucionales in Madrid and the European University Institute in Florence, has posted a paper on the differences and similarities between EU and ECHR law in national legal orders. It is entitled 'The National Judicial Treatment of European Laws: Are National Judges Extending Primacy and Direct Effect to the ECHR?'. This is the abstract:

The aim of this study is to answer the question: “Are national judges extending the structural EU law principles (primacy and direct effect) to the European Convention on Human Rights”? This paper investigates the similarities and differences between the national judicial treatment of the ECHR and EU laws in the context of some selected constitutional experiences. It examines whether or not national judges treat the ECHR and EU law in the same manner, and the extent to which they facilitate the convergence of these laws. In this respect the goal of the project is to study the judicial application of the ECHR and EU law to analyse the vertical relationship between the national judges (both constitutional and ordinary judges) and these forms of external laws. As such, I am not interested in the horizontal convergence between the European Court of Human Rights and the European Court of Justice (ECJ). Rather, my investigation is limited to the vertical dimension of convergence. Obviously these two dynamics are strongly related and both European courts have undergone deep transformations in the last few years, especially after the enlargements of the EU and the Council of Europe.