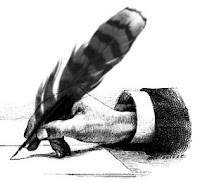 In the context of the ongoing reforms at the European Court of Human Rights and potential changes (in the form of additional protocols) to the European Convention on Human Rights, the Council of Europe's Steering Committee on Human Rights (known under its French acronym CDDH) set up two drafting groups at the end of 2011. The first group ('Drafting Group A') focuses on drafting reports two issues:
The reports and agendas of the meetings of Group A can be found here.

A second group ('Drafting Group B') focuses on implementating decisions taken following the Brighton Conference, specifically the drafting of two protocols to the ECHR: the first of which would amend the Convention on the issues agreed in the Brighton Declaration; and the second, being optional, would expand the Court’s competence to give advisory opinion, should the Committee of Ministers decide to adopt it. The first draft protocol (the prospective Protocol 15) is now ready and includes additions to the Convention's preamble (explicit addition of the subsidiarity provision) and the decrease of the 6-months admissibility time limit to four months, as well as some other changes. It's still just a draft, of course, but it gives an idea. On the second issue, advisory opinions, a Draft Protocol 16 was not yet approved by the drafting group, but initial ideas were discussed (see the report of last week's meeting here).

The reports and agenda of Group B can be found here.
Antoine Buyse
Share
‹
›
Home
View web version