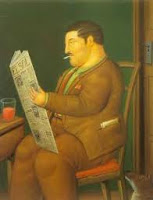 The newest 'current contents' selection of SIM's documentation (August 2012) includes a number of articles on the Convention and the Court:

* G. Martinico, 'Is the European Convention going to be ‘supreme’? A comparative-constitutional overview of ECHR and EU law before national courts', European Journal of International Law, vol. 23, no. 2 (2012) pp. 401-424.

The aim of this article is to answer the question, ‘are national judges extending the structural EU law principles (primacy and direct effect) to the European Convention on Human Rights’? This article does not intend to examine the broader issue of the

During the last two decades the European Union has become a major actor in the field of asylum law. Meanwhile, human rights law, in particular the European Convention on Human Rights (ECHR), has become of paramount importance in this field. This paper highlights certain areas of concern in the European Asylum System from the viewpoint of the ECHR. It particularly focuses on the Dublin II Regulation, the reception conditions and the detention of asylum seekers.