Ironies of (In)justice in Ukraine and Strasbourg 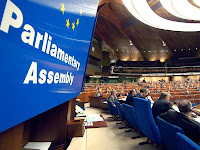 My two previous blog posts are connected in a very surprising way. I reported last week on the judgment in Volkov v Ukraine, about a judge who had been removed from office in violation of the ECHR. The Court concluded that the right to a fair trial (Article 6) had been violated on four counts as well as the right to respect for private life (Article 8). For the first time in its history it indicated, under Article 46 ECHR, that there was no other way to remedy the violations than for Ukraine to reinstate the applicant, a Supreme Court judge, in his post. Other, similarly rare, indications of precise remedies have in the past included indications to release people from detention or to implement restitution of property. The judgment also explicitly points out that the issue is part of a wider, structural problem of a very worrying kind (para. 199):

The Court notes that the present case discloses serious systemic problems as regards the functioning of the Ukrainian judiciary. In particular, the violations found in the case suggest that the system of judicial discipline in Ukraine has not been organised in a proper way, as it does not ensure the sufficient separation of the judiciary from other branches of State power. Moreover, it does not provide appropriate guarantees against abuse and misuse of disciplinary measures to the detriment of judicial independence, the latter being one of the most important values underpinning the effective functioning of democracies.

What is truly notable is that one of the persons that in the Court's view may have been instrumental in the violation of fair trial rights, S.K., is actually the very same person that presents himself as a guardian of human rights at the Parliamentary Assembly of the Council of Europe. A few easy google searches indeed reveal that S.K. is no other than Serhii Kivalov, the rapporteur in the Parliamentary Assembly on the Council of Europe on structural problems in ECHR state parties. Notably, in the report Ukraine is singled out as one of the countries with structural problems in this respect. In addition, the report emphasizes the role the Parliamentary Assembly should play in helping to improve the implementation of judgments.

In the Volkov judgment, the Court indicates that S.K. (Serhii Kivalov) was both a chairman of the parliamentary committee on the judiciary and a member of the High Council of Justice, two of the institutions that played key roles in the dismissal of judge Volkov contrary to the ECHR. The Court mentions an "appearance of personal bias" (para. 117) on the part of certain members of the High Council of Justice and also suggests that Kivalov "might not have acted impartially" in his role as chairman of the parliamentary committee (para. 119). In addition, Kivalov was one of the three members of that committee that "applied to the High Council of Justice seeking the initiation of preliminary enquiries into possible misconduct by the applicant" and thus got the ball rolling in the first place.

PACE is due to discuss his report next week, according to its agenda. Irrespective of the quality of the report, which seems of similar quality of earlier reports, PACE may want to discuss the potentially murky credentials of its rapporteur in the matter. After it all, it is rather curious, to say the least, that one of the persons that may be at the source of human rights violations, as established by the European Court, is asked to review human rights problems and progress of ECHR state parties in PACE, one of the Court's sister institutions within the Council of Europe. Or would there be a trend of having experts by experience?
Antoine Buyse
Share
‹
›
Home
View web version