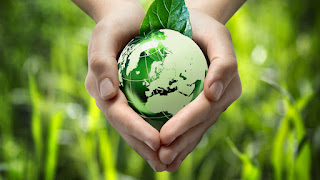 This month, the Parliamentary Assembly of the Council of Europe (PACE) is exploring different ways to tackle climate crisis through rule of law and human rights reforms. Here is a brief summary of PACE's ongoing activities in this regard:

"PACE’s Social Affairs Committee is urging an ambitious new legal framework, both at national and European level, to “anchor the right to a safe, clean, healthy and sustainable environment” – and has presented a draft of an additional protocol to the European Convention on Human Rights which would make such a right enforceable in law in all countries which ratified it.

In a resolution and recommendation based on a report by Simon Moutquin (Belgium SOC), the committee said such a legal text would finally give the European Court of Human Rights “a non-disputable base for rulings concerning human rights violations arising from environment-related adverse impacts on human health, dignity and life”.

If approved by the Assembly, the committee’s draft would then be considered by the Council of Europe’s Committee of Ministers, which has the final say on whether to draft a new protocol to the Convention. It took no action on a similar request from the Assembly in 2009.

The committee pointed out that around half the world’s countries have recognised such a “right to a healthy environment” in their constitutions, including 32 Council of Europe member States. Only Europe does not have a regional agreement or arrangement recognising such a right, it added.

As part of a wider push on this issue, the committee also urged the drafting of an additional protocol to the European Social Charter containing such a right, as well as steps to strengthen corporate environmental responsibility through state regulation.

Finally, they urged the drafting of a new convention on “environmental threats and technological hazards”, setting limits on the use of man-made technologies such as AI, nano-technology and genetic engineering.

The parliamentarians also expressed their support for “the right of future generations to a healthy environment and humanity’s duties towards living beings” as a way of entrenching the principle of trans-generational responsibility.

Mr Moutquin’s report, together with six others on the issue of environmental rights, is due to be debated by the Assembly at its Autumn plenary session during an all-day debate on Wednesday 29th September."

If you  wish to know more about the report  of Mr Moutquin and other recent PACE documents regarding climate crisis, rule  of law and human rights, click here.