Issue No. 3 (2009) of the European Human Rights Law Review has been published. Articles related to the ECHR include the following:

The journal can be accessed through Westlaw.
Geplaatst door Antoine Buyse 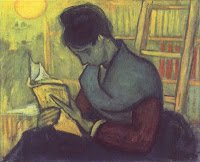 Still catching up on new ECHR-related journal articles. Here are two noteworthy ones:

This month, the Court has started to use the possibilities offered by the reforms of Protocol 14-Bis to the ECHR. The most important innovations are that single judges can now declare manifestly ill-founded cases inadmissible and that committees of three judges can decide on the merits of legally easy cases (issues which have already been dealt with by the Court - this will often be so-called repetitive cases). The single judges are never from the country against which the relevant applications are lodged. The procedure already applies to some larger countries, such as the United Kingdom and Germany, but also others including Denmark, Norway, Switzerland and the Netherlands. More countries have already followed suit.

For more information, see my earlier post on Protocol 14-Bis, the Court's press release on single judge decisions and the addendum to the Rules of Court. You may also want to consult the Explanatory Report.

In the short run, matters seem to get more complicated as the procedure may now vary from country to country (depending on acceptance of Protocol 14-Bis), but at least it may for a small part solve some of the case load problems of the Court. A real solution would of course be that Russia would finally ratify the orginal reform Prtocol 14. And even then, further innovations would probably be necessary to keep the Strasbourg machinery running instead of grinding slowly to a halt.
Geplaatst door Antoine Buyse 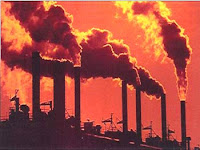 Back from the summer break with a new article on the Convention! Professor Christopher Hilson of the University of Reading has published a contribution entitled 'Risk And The European Convention On Human Rights : Towards A New Approach'. freely accessible on his webpage.
Geplaatst door Antoine Buyse

This blog's author is taking a summer break. The blog will be running again on 27 July. Wishing all my readers a very good summer!
Geplaatst door Antoine Buyse

Today, the Court has elected Renate Jaeger from Germany as Vice-President of one of its Sections, with effect from 1 July 2009. This is the main part of the Court's press release:

The European Court of Human Rights is composed of a judge elected in respect of each of the 47 States that have ratified the European Convention on Human Rights. The Court is divided into five judicial Sections and each judge is a member of one of the Sections. The plenary Court elects the Presidents of Sections for a three-year term, and each Section also elects a Vice-President for a three-year period. Chambers of seven judges are formed within the Sections; the Court also sits as a Grand Chamber of 17 judges.

A new working paper of the University College Dublin has just been posted on SSRN entitled 'European Consensus: A Way of Reasoning', authored by Kanstantsin Dzehtsiarou. This is the abstract: