The latest issue of the Human Rights Law Review (Vol. 18, No. 3, September 2018) includes no less than four ECHR related Articles:

* Robert Spano (ECtHR), ‘The Future of the European Court of Human Rights—Subsidiarity, Process-Based Review and the Rule of Law’, pp. 473-494:

'The current era in the life of the European Convention on Human Rights is a transformative one. The author, a serving judge of the Strasbourg Court, thus finds it opportune to look back in time, consider the present and reflect on the future. In the article, it is argued that the last 40 years or so constituted the Court’s ‘substantive embedding phase’. This phase has now in general shifted towards a new historical era, the ‘procedural embedding phase’, which is analysed in detail. During this latter phase, the Court has begun to realign its project attempting to trigger increased engagement with the Convention by national authorities using a mechanism termed ‘process-based review’. The overall aim is to secure a higher and more sustainable level of Convention protections within the States subject to European supervision. However, within this process-based review mechanism, national decision-makers have to be structurally capable of fulfilling the task of effectively securing human rights. This means that the foundations of the domestic legal order have to be intact. States that do not respect the rule of law cannot expect to be afforded deference under process-based review in the age of subsidiarity.'

* Janneke Gerards (Utrecht University), ‘Margin of Appreciation and Incrementalism in the Case Law of the European Court of Human Rights’, pp. 495-515:

'Fundamental rights standards in Europe diverge as a result of differences in legal traditions, constitutional values and historical developments. The European Court of Human Rights therefore faces the challenge of having to balance the need for uniform and effective rights protection with respect for diversity. It is often thought that the famous margin of appreciation doctrine is the Court’s main tool in finding this balance. This article shows, however, that the Court’s application of the doctrine has made it into a rather empty rhetorical device. This appears to be different for the Court’s use of incrementalism, which increasingly appears to have replaced the margin of appreciation doctrine as an instrument to reconcile European protection of fundamental rights and national diversity. The article concludes by showing how the Court could further benefit from this strategy of incrementalism, while still maintaining a role for the margin of appreciation doctrine.'

* Silvia Favalli (University of Pavia), 'The United Nations Convention on the Rights of Persons with Disabilities in the Case Law of the European Court of Human Rights and in the Council of Europe Disability Strategy 2017–2023: ‘from Zero to Hero’', pp. 517-538:

'On 15 July 2016, an attempted military coup took place in Turkey, which left 246 dead and 2194 wounded, and sent a shockwave through Turkish society. The response from Ankara followed swiftly. On 21 July 2016, the Turkish Government imposed a nationwide state of emergency, and notified its intention to derogate from the European Convention on Human Rights (ECHR). Numerous emergency decrees were promulgated, providing for the closure of more than 3000 schools, media outlets and so on, as well as the detention and arrest of several tens of thousands of individuals. One of the key features of the Turkish Government’s response concerns the dismissal, and exclusion from public service, of more than 130,000 judges, prosecutors, military personnel, police officers, teachers and other civil servants. Having regard to a number of recent admissibility decisions which make clear that the European Court of Human Rights is unlikely to address the matter soon, this article critically examines this unprecedented ‘purge’ from the perspective of ECHR law. It specifically focuses on the application of Article 8 of the ECHR and Article 6 together with Article 13 of the ECHR, drawing analogies with the European Court’s case-law on lustration proceedings. It finds that, even having regard to the exceptional circumstances at hand as well as the Turkish derogation from the ECHR, the Turkish ‘purge’ of public servants cannot be reconciled with the state’s obligations under the ECHR.'
Geplaatst door Antoine Buyse

Conference on Detained Persons and the ECHR 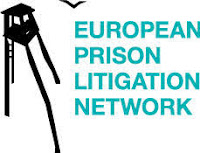 The European Prison Litigation Network (EPLN) is organising  the international conference “Overcoming obstacles to the access of detained persons to rights and the judge: European perspectives” at the European Court of Human Rights in Strasbourg on 6 and 7 December. The full programme can be found here. The conference, in which two of my Utrecht University colleagues are also involved, focuses on the following:

'The conference will be opened by Guido Raimondi, President of the Court. With the intervention of judges and members of the ECtHR, researchers, law practitioners and international specialists of the penal and penitentiary field.

During the conference, the situation of access to rights and to court of prisoners in 10 countries of the EU (Belgium, Bulgaria, the Czech Republic, Italy, France, Germany, the Netherlands, Poland, Spain, United Kingdon) will be presented, as well as in the United States, Ukraine and Russia.

The discussion will also be articulated in several thematic sessions around such questions as the impact of austerity policies on the protection of rights in prison, counter-terrorism measures and their consequences on the defence of fundamental rights of detainees, or the mobilization and role of civil society players for overcoming the isolation of prisoners.'

Admission is free upon registration at: ECHRPrisonConference2018 at gmail.com .
Geplaatst door Antoine Buyse

Call for Papers on 'the Greek Case' after 50 Years

Next year will mark 50 years since the famous 'Greek case' in the ECHR system, when the Netherlands, Denmark, Norway and Sweden lodged a complaint with the (then still existing) European Commission of Human Rights against the military colonels' regime in Greece. A unique inter-state complaint, that is still very topical in these times when again the question may be asked how the Council of Europe and its member states can act when states travel the road of authoritarianism. The Athens-based institutes of the four applicant countries at the time have now joined forces to organise an international conference entitled 'The ‘Greek Case’ in the Council of Europe: A Game Changer for International Law and Human Rights?' This is part of the content explanation by the organisers:

'In 1967 Denmark, Norway, and Sweden – later joined by the Netherlands – used the European Commission on Human Rights (ECHR) system against the Greek Colonels. On 12 December 1969 Greece withdrew from the CoE to avoid expulsion. The reports of the ECHR constituted a paradigmatic condemnation of the regime by an international body. In light of the growing debates about the usefulness and impact of international pressure on authoritarian states for democratization and the rule of law, the so-called ‘Greek case’ emerges as an important moment in the history of international law, human rights, and transnational justice. The case marked the first time a member of the CoE risked expulsion because of human rights violations. Thus it became one of the pioneer interstate cases over fundamental rights in European human rights law, generating important discussions about the Junta’s brutal regime in other European parliaments. The ‘Greek case’ was also exceptional in that there were no apparent national interests (at least at first sight) on behalf of the plaintiff countries. A decisive moment in the protection of human rights, it was, moreover, instrumental in shaping human rights standards and policy, particularly with regard to torture. Finally, it established non-governmental transnational movements, such as Amnesty International, and solidarity campaigns as important players in international law and politics.'


The conference aims to bring together both early-career researchers and established specialists and invites papers across disciplines, including history, politics, law and international relations, human rights trauma studies, social movement and European studies. In order to do so, a call for papers has been launched. Abstracts for 20-minute papers should be submitted in English (300 words maximum), accompanied by a 100-word biographical note, contact information, and affiliation; independent scholars are welcome to submit.The deadline for submission of proposals is Monday, 14 January 2019.
Geplaatst door Antoine Buyse

Short Introduction to the ECHR

For those readers who want a quick and short introduction into the system of the European Convention on Human Rights, the Council of Europe has produced a new and concise book, authored by Martyn Bond ( a journalist and former European civil servant). It is entitled 'An introduction to the European Convention on Human Rights' and is available both as hard copy and as pdf, in English and in French. Useful for beginners who want a first glance at how the Convention and its supervisory mechanisms work. This is the abstract:

'The right to life, prohibition of torture, freedom of thought, conscience and religion, freedom of expression, the right to marriage... Did you know that these rights and many others are protected by the European Convention on Human Rights?

The author of this book illustrates each of these rights in a simple and clear way, using specific examples. He also sets the action of the European Court of Human Rights in the wider context ofCouncil of Europe activities pursuing the same ideals.'
Geplaatst door Antoine Buyse

This book explores the interaction, including the problems arising in the context of human rights, between the European Convention on Human Rights and general international law. It contributes to ongoing debates on the fragmentation and convergence of international law from the perspective of international judges as well as academics. Some of the chapters suggest reconciling methods and convergence while others stress the danger of fragmentation. The focus is on specific topics which have posed special problems, namely sources, interpretation, jurisdiction, state responsibility and immunity.'
Geplaatst door Antoine Buyse

Handbook on Implementation of ECtHR Judgments

The European Implementation Network has published a new handbook entitled 'Implementation of Judgments of the European Court of Human Rights - A Handbook for NGOs, injured parties and their legal advisers'. The handbook is a great 'how-to" guide for civil society organisations interested in the post-judgment implementation phase. It is freely available online. This is what EIN says about it:

"For many NGOs wanting to support implementation of ECtHR judgments, the Strasbourg judgment execution process presents daunting challenges. Although there is accessible information about the outlines of the process and the general role of NGOs, engaging effectively requires much more: a detailed understanding how the process works, (for example, how cases are categorised, the differing procedures under which they may be treated, the different stages of the process), and a clear grasp of what to say and when to say it. Without this understanding, NGO submissions can lack impact, even for such basic reasons as including the wrong type of information or the information being submitted too late.

EIN’s new handbook is an important step towards demystifying the process. Prepared with the benefit of input from experienced NGOs during implementation training workshops and with detailed technical advice by the Department for the Execution of Judgments, it provides comprehensive guidance for NGOs, injured parties and their legal advisers. It sets out both a clear description of the Council of Europe’s supervision procedure, and a detailed step-by-step guide to how NGOs and injured parties can engage with this procedure most effectively.

There is wide concern that in many Council of Europe member States implementation of ECtHR judgments is all too often inadequate. NGOs have a vital role to play in improving the quality of implementation. But, in part because of the “black box” that has existed around the judgment execution process, NGOs have intervened in only a small fraction of cases. EIN hopes that this handbook will enable a significant improvement in both the quantity and quality of submissions by NGOs and thereby make a real contribution to improving implementation of ECtHR judgments."