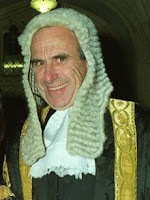 The British Law Lord Hoffmann has heavily criticised the European Court of Human Rights, as the BBC reported last Saturday in a news release. In a lecture held at the Judicial Studies Board on March 19, Lord Hoffmann argued the following about the Court in Strasbourg:

"In practice, the Court has not taken the doctrine of the margin of appreciation nearly far enough. It has been unable to resist the temptation to aggrandise its jurisdiction and to impose uniform rules on Member States. It considers itself the equivalent of the Supreme Court of the United States, laying down a federal law of Europe."

He also implies that part of the Court's backlog of cases is due to this approach. Certainly worth a read (although I do on most points not agree with his analysis), since it is rare that one of the highest judges of any ECHR state party is so critical of the Court.

Many thanks to Ed Bates of the University of Southampton for notifying me of this!
Geplaatst door Antoine Buyse