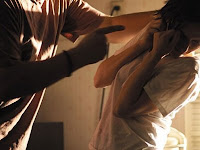 The Court has just passed judgment in a landmark case on domestic violence: Opuz v. Turkey (Appl.no. 33401/02). The Court ruled that Turkey had failed to protect the applicant and her mother against grave instances of domestic violence and even found that the situation amounted to gender-based discrimination.

The applicant and her mother had both been threatened, gravely assaulted and beaten by the applicant's husband on numerous occasions during the course of their marriage. The husband had even tried to overrun the two with his car, thereby gravely wounding the mother. The injuries sustained had been life-threatening. Several times the two women complained to the police about the husband's actions. Although he was prosecuted for some of the violence, the prison term of three months was later commuted to a fine. After his release the violence continued and eventually ended in the killing of the mother by the applicant's husband.

The Court, in a very extensive judgment, dealt in detail with the applicant's claim that the authorities had failed to offer sufficient protection against domestic violence. Not surprisingly, it found a violation of the right to life (Article 2ECHR) concerning the murder of the mother, since the authorities had known from previously reported incidents that the husband was extremely violent. But more innovatively, it also concluded that Article 3 had been violated for "failure to take protective measures in the form of effective deterrence against serious breaches of the applicant's personal integrity by her husband." (para. 176). Importantly, the Court emphasized that when authorities are aware of instances of grave domestic violence it falls upon them to undertake effective action of their own motion. Simply waiting for the victim to step forward and to ask for protection is not sufficient. Finally, the Court found a violation of the prohibition of discrimination on the basis of gender (Article 14 ECHR) in conjunction with Articles 2 and 3. Again drawing on CEDAW and a range of case law of other human rights institutions, the Court held that (para. 191) "the State's failure to protect women against domestic violence breaches their right to equal protection of the law and that this failure does not need to be intentional." As to the approach to domestic violence in Turkey and specifically in South-Eastern Turkey, where the applicant lived, the Court found that (para. 198):

The applicant has been able to show, supported by unchallenged statistical information, the existence of a prima facie indication that the domestic violence affected mainly women and that the general and discriminatory judicial passivity in Turkey created a climate that was conducive to domestic violence.

The Court based itself amongst others by reports of NGOs such as Amnesty International, but also on that of a local NGO. Finally, it concluded:

200. Bearing in mind its finding above that the general and discriminatory judicial passivity in Turkey, albeit unintentional, mainly affected women, the Court considers that the violence suffered by the applicant and her mother may be regarded as gender-based violence which is a form of discrimination against women. Despite the reforms carried out by the Government in recent years, the overall unresponsiveness of the judicial system and impunity enjoyed by the aggressors, as found in the instant case, indicated that there was insufficient commitment to take appropriate action to address domestic violence.
201. Taking into account the ineffectiveness of domestic remedies in providing equal protection of law to the applicant and her mother in the enjoyment of their rights guaranteed by Articles 2 and 3 of the Convention, the Court holds that there existed special circumstances which absolved the applicant from her obligation to exhaust domestic remedies. It therefore dismisses the Government's objection on non-exhaustion in respect of the complaint under Article 14 of the Convention.
202. In view of the above, the Court concludes that there has been a violation of Article 14, in conjunction with Articles 2 and 3 of the Convention, in the instant case.

The great importance of this judgment can be found in the Court's elaborate acknowledgement of the seriousness and viciousness of the crime of domestic violence. State obligations are spelt out in detail and the Court significantly recognised that violence against women is a form of unequal treatment. For comparative lawyers it is interesting to see how the Court draws on human rights norms from other jurisdictions, such as CEDAW and the Inter-American Belem do Para Convention (on the eradication of violence against women). An important step forward in the fight against domestic violence!