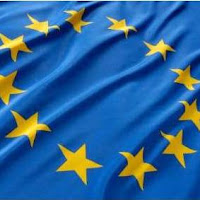 It is my pleasure to post a guest contribution by my good friend Felix Ronkes Agerbeek, an excellent expert in EU law with a keen interest in human rights issues. His contribution addresses the links between two often disconnected fields: the antitrust law of the European Union and the fair trial norms of the European Convention on Human Rights. It is also a call on ECHR specialists to contribute to this debate:

Human rights lawyers do not usually worry much about the technicalities of European antitrust law. Likewise, competition lawyers rarely take the time to stay abreast of the case-law from Strasbourg. But occasionally the two fields meet. The latest encounter on the crossroads between competition law and fundamental rights is all about the money: the fines for violators of EU competition rules have been on the rise, and this has rekindled a critique that tries to strike at the heart of the EU’s system of antitrust enforcement.

Antitrust violations of a European-wide scale are normally investigated by the European Commission. When, after an extensive administrative procedure, a company is found guilty of having breached EU antitrust rules, the Commission can impose a fine. If the company disagrees, it can bring an appeal before the EU’s General Court in Luxembourg, where it may argue that it was not at fault or that the fine was too high. The General Court then meticulously analyses the findings of the Commission, both on the merits and on the level of the fines. If needed, the court can quash the decision or alter the amount of the fine.

Under EU law, antitrust fines must reflect the gravity and duration of the infringement and the Commission must take into account the circumstances of each case. Of course, these requirements are very broad, which is why the Commission has issued detailed guidelines on how it calculates its fines. In 2006, the Commission adjusted its fining policy and revised its guidelines. Since then, a chorus of business associations and lawyers from private practice has proclaimed – in court proceedings and in the press – that the EU’s system of antitrust enforcement falls short of human rights standards and is ripe for fundamental reform. (See, recently, MLex and The Economist, and Competition Commissioner Almunia’s reactions here and here.)

The argument runs as follows. These days, the Commission imposes heavier fines than before on cartels and on companies that abuse their market power. As a result, the stakes have become higher for companies charged by the Commission with breaching the EU’s antitrust rules. That’s why the EU’s procedures for antitrust enforcement should offer the same safeguards as criminal law proceedings. Most importantly, to meet the terms of Article 6 ECHR, antitrust sanctions have to be imposed by an independent court and not by the Commission.

At first blush, this might sound reasonable enough. However, there is a great deal of exaggeration and simplification in the claim that fines have increased so much in size that all of a sudden the EU’s system of antitrust enforcement runs foul of the Convention. In fact, as a matter of human rights law, that claim is questionable. Surely, the idea that fines have gone up is not just anecdotal. By and large it is true that fines in competition cases have climbed steadily since European-wide antitrust enforcement took off – although the legal maximum is still exactly the same as it was in the 1960s. But is it fair to say that, in recent years, a tipping point has been reached?

The first place where one should look for an answer is of course in the Convention itself and in the rich case-law on Article 6. It is well-known that the Court uses the so-called “Engel-criteria” to determine whether a prosecution is a “criminal charge” in the meaning of the Convention (Engel, Öztürk). The Court takes a broad view and the case-law confirms that Article 6 applies in many situations, including in antitrust proceedings (Jussila, Stenuit). There is no controversy here – indeed, the European Court of Justice and the Commission have long recognized that antitrust proceedings must meet the requirements of Article 6 (Baustahlgewebe). So the question is: what exactly are those requirements? Unfortunately, precisely because Article 6 casts such a wide net, there is no single, straightforward answer. Instead, the requirements of Article 6 may be more or less strict depending on the type of case at hand.

It’s probably too simplistic to say that there are only two kinds of cases, but the Court in Strasbourg has made it clear that there is a difference between cases involving “hard core criminal law” and other cases. Moreover, the Court has said that the “criminal-head guarantees” of Article 6 “will not necessarily apply with their full stringency” to cases that do not belong to “hard core criminal law” (Jussila). Still, many uncertainties remain. First of all, the criteria to decide whether a case belongs to “hard core criminal law” are unclear. Presumably, the relevant factors will resemble the Engel-criteria (the nature of the offence and the degree of stigma attached to it, the severity of the possible penalty, and the classification of the offence under domestic law), or at least they will hinge on a fairly similar underlying logic. Second, one may wonder if there are only two categories of cases – “hard core” and the rest – each with its own fixed set of requirements, or whether it is more a matter of degree, depending on the weight of the charge. Finally, the Court’s statement that the guarantees of Article 6 may “not necessarily apply with their full stringency” is rather vague. The case-law still has a long way to go before we may begin to know exactly what that means.

One thing is clear, though. The simple fact that Article 6 applies does not prevent the adoption of sanctions by an administrative body. On the contrary, according to the case-law it is perfectly acceptable that certain sanctions are imposed by way of an administrative decision. This is true for minor offences, but also for offences that may warrant “very substantial” fines (Bendenoun, Impar). The key condition is that there must be a possibility to bring an appeal before a judicial body that has full jurisdiction to review the decision (Janosevic, Bistrovic). All in all, the case-law contains various signals that a system such as the EU’s, in which the Commission enforces the antitrust rules subject to full review by the General Court, is compatible with Article 6. Naturally, that conclusion is strengthened by the fact that the EU’s system of antitrust enforcement offers extensive procedural safeguards – precisely to ensure those rights that are usually associated with traditional criminal law, such as the presumption of innocence, the right to be heard and the right to a fair trial within a reasonable time. Moreover, the General Court – quite rightly – is very exacting when reviewing the Commission’s decisions.

So is it all a storm in a teacup? It certainly seems to be. Nevertheless, given the increased financial stakes, some detractors of the current system seem determined to pursue the matter all the way to the highest European courts in Luxembourg and Strasbourg. Of course, those courts will have the final say. The safest conclusion that can be drawn today is that the debate would benefit from the participation of specialists in the field of the Convention. Until now, those engaged in the discussion are almost exclusively competition lawyers from private practice (e.g. Slater a.o., Wesseling - the latter in Dutch) and from the Commission (e.g. Wils, Castillo de la Torre). Not surprisingly, their views are diametrically opposed. Yet, especially with the EU’s accession to the Convention firmly on the horizon, an outside perspective from Convention experts could provide useful and timely insights into a topic that today occupies the minds of competition lawyers, but that might one day occupy the minds of the judges in Strasbourg.