An Expert Advisory Panel for Selection of Judges 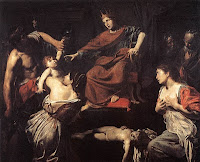 Last Friday the Parliamentary Assembly of the Council of Europe (PACE) welcomed the call of the Court's president, Costa, to set up an expert panel which could advise state parties about the lists of three candidate judges which they plan to submit to the Assembly. The Assembly once again emphasized the need for "rigorous, consistent, fair and transparent national selection procedures." This has been a key concern of the assembly and of a coalition of NGOs in the run-up to the Interlaken reform meeting of earlier this year. The background report, drafted by Ms Renate Wohlwend of Liechtenstein, can be found here. It includes the letter by Costa to PACE of 9 June 2010 in which the idea was launched. He indicated would urge the Committee of Ministers

to set up rapidly a panel along the lines proposed by the Wise Persons and the Secretary General. Such a panel, which should be composed of senior figures from a relevant background, would intervene before a list was submitted to the PACE by the contracting party so as not to interfere with the PACE’s Convention responsibilities in this area. Moreover, its role would be advisory; in other words it would make recommendations to the nominating State including, as necessary, proposals to modify the list. Such a Panel could be set up without amending the Convention by a decision of the Committee of Ministers.

Costa also refers to the importance of this in relation to the accession of the EU to the ECHR:

One of the critical issues in this context will be the future relationship between the Court of Justice of the European Union and the Strasbourg Court. For that relationship to function it must be based on mutual respect. Since the entry into force of the Lisbon Treaty, appointments to the EU courts are subject to the opinion of an independent panel (Article 255 of the Treaty on the Functioning of the European Union). It is true that the procedure under the Convention is not strictly comparable to the EU appointment process in view of the involvement of the Parliamentary Assembly of the Council of Europe and the additional guarantee which that provides.

After controversies regarding the lists submitted in respect of Malta, Ukraine, Italy, and Greece in the recent past, amongst others, this would seem to be a welcome development to ensure a high quality of judges. I will keep you posted on possible further developments on the proposed panel.