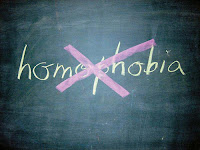 In the recent case of Vejdeland and others v Sweden the Court for the first time issued a ruling on offensive speech in relation to sexual orientation. The case centered on the conviction of four men who had entered a secondary school and circa 100 leaflets in and on lockers of the school's pupils. The leaflets, made by the organisation 'National Youth' were vehemently anti-homosexual. They criticised what they called 'homosexual propaganda', calling homosexuality a 'sexual deviance' which had a 'morally destructive effect on the substance of society'. They stated that the 'promiscuous' way of life of homosexuals was one of the main causes of HIV/AIDS and that homosexual organisations were trying to 'play down peadophilia'. The applicants were convicted in Sweden for agitation against a national or ethnic group. Under Swedish law this anti-hate speech provision in the criminal code also related to threats or expressions of contempt directed against people with allusion to their sexual orientation.

The applicants lodged a complaint with the European Court of Human Rights arguing that the conviction violated their freedom of expression. They contended that their leaflets did not insult homosexuals and that, moreover, they were not aimed at spreading hatred but rather at encouraging discussion in schools on the issue and providing pupils with arguments in that discussion.

The European Court unanimously found no violation of the freedom of expression. Sweden had not overstepped the boundaries of the ECHR by combatting this form of hate speech. The Court accepted that the conviction constituted an interference with the freedom of expression under article 10 of the Convention, but that it had been lawful - the prohibition in the penal code being sufficiently clear and foreseeable - and had pursued the legitimate aim of protecting the 'reputation and rights of others'. On the latter point, the Court did not offer any further explanation - thereby not clarifying whether the impugned statements were potentially just hurtful to homosexuals or to society in general. This is a key point of principle in combating any form of hate speech.

As often, the Court's main assessment focused on whether the interference had been 'necessary in a democratic society'. It answered this question in the affirmative. It is here that the Court had to walk a fine line in deciding whether the leaflets were merely to 'offend, shock or disturb' (but still allowed) or rather were inciting to hatred. A number of elements were decisive in the Court's reasoning. First, the wording of the statements themselves amounted to 'serious and prejudicial allegations'. Although the leaflets may not directly have urged people to commit hateful acts, the Court referred to earlier case-law (Féret v. Belgium) in which it had held that 'inciting to hatred does not necessarily entail a call for an act of viooence or other criminal acts.' In addition, the statement of principle that discrimination on the basis of sexual orientation is as serious as racial or ethnic discrmination was extended from a right to private life context (Smith and Grady v. United Kingdom) to freedom of expression issues. A second decisive element in the Court's argumentation was the targeted audience of the leaflets - in the Court's words 'young people who were at an impressionable and sensitive age'. Thirdly, the protected context: a school, which was not attended by any of the applicants and to which they did not have free access. Fourthly, the Supreme Court of Sweden had weighed relevant aspect itself, including the finding that the statements on the leaflets had been 'unnecessarily offensive'. Finally, the height of the sentences: suspended fines and, in one case, probation: the Court did not find these excessive. In conclusion, the court found no violation of article 10 ECHR.

Although the judgment was unanimous, it apparently led to a lot of discussion in camera. no less than three different concurring opinions, by five judges in total, were added to the judgment. It shows the judicial and moral struggle the Court faced in deciding the case. As the above-mentioned contextual elements in the Cour't's balancing act show, the Court tried to make its reasoning as case-specific as it could, but it did not escape value-judgments in holding the leaflets to be unacceptable. Judges Spielmann and Nussberger point out that this would have necessitated stronger reasoning. For example, the Court should have assessed whether another aim was hidden behind the 'apparent aim' of initiating debate at school: an agenda to 'degrade, insult or incite hatred' against people on grounds of sexual orientation. The judges point out that not only do members of the LGBT commmunity continue to face 'deeply rooted prejudices, hostility and widespread discrimination all over Europe', but also that 'homophobic and transphobic bullying in education settings' is a real problem that may justify restirctions on the freedom of expression. A different contextual analysis with more emphasis on the LGBT context and the educational context would have strengthened the Court's judgment. I agree. Judges Yudskivska and Villiger go even a step further and argue that these forms of hate speech are not a mere balancing exercise between the people who express views and the people targeted by these views. Considering that hate propaganda always inflicts harm, one should not wait for 'real and immediate danger' to start combatting them. They warn of a climate in which matters which are no longer unspeakable are also no loger undoable. Thus, countering these expressions are a matter for all society, not just for the targeted group.

Leaving aside the contested argumentation on content, which indeed could have been more precise, the jugdment is still a very important milestone, both symbolically and in practice, in countering intolerance against people with different sexual orientations than the majority.

See also the recent fact sheet on hate speech on the website of the Court, which already includes the Vejdeland case. Recommended as well are reports by the International Lesbian, Gay, Bisexual, Trans and Intersex Association, Interights (who also intervened in the case as a third party together with the International Commission of Jurists), and by colleague bloggers at Strasbourg Observers.
Geplaatst door Antoine Buyse