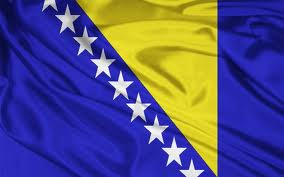 The Grand Chamber judgment of 2009 in the case of Sejdic and Finci has still not been implemented. In the judgment, on which I reported here, the Court found that the rights of two persons, of Roma and Jewish origin respectively, had been violated by discriminatory electoral provisions in the constitution of Bosnia and Herzegovina - which is itself part and parcel of the 1995 Dayton Peace Agreement. Since changing the constitution has proven to be so extremely difficult in the Bosnian political climate, European institutions - with initiatives stemming from both the Council of Europe and the European Union - have tried to induce the necessary changes. For an overview of such activities, see here. Recently, the British chairmanship if the Committee of Ministers, issued a declaration, in which it made another effort to secure a quick solution (with somewhat of a weak deadline):

"I regret that the Joint Interim Commission of the BiH Parliament has not yet made sufficient progress towards full implementation of this judgement. As the European Council of the European Union made clear in March last year, until a credible effort is made to accomplish this, the European Union will be unable to bring into force its Stabilisation and Association Agreement with Bosnia and Herzegovina.


I therefore hope to see significant and tangible progress towards full implementation by June, when the next Human Rights meeting of the Committee of Ministers will be held. I call on Bosnia and Herzegovina's political leaders to make a determined effort to bring their longstanding discussion on this issue to an early conclusion, in line with the ECHR's judgement."

The statement seems to have been prompted by reports that leaders of Bosnia's main parties would try to solve the issue, also with a view to applying for EU membership in June. At the end of April Bosnia had once again vowed to implement the judgment before the end of this year. For an analysis of Bosnia's situation in relation to EU accession, see here.
Geplaatst door Antoine Buyse