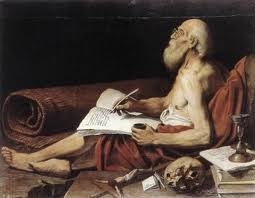 "Bringing Convention standards closer to home" - it could be the slogan of a political campaign, but it is the title of a project of the European Court of Human Rights. Supported by the Human Rights Trust Fund, it aims to translate more judgments of the Court in other languages than French or English and to make those translated judgments more accessible by linking them into the HUDOC search engine and making them  domestic jurisdictions. It especially aims at countries where no or not much case-law has been translated yet. Attentive readers may note from this excerpt from the Court's press release that these concern societies from which many applications stem:


Translations will be commissioned principally into the official languages of the following States: Albania, Armenia, Azerbaijan, Bosnia and Herzegovina, Georgia, the Republic of Moldova, Montenegro, Serbia, “The former Yugoslav Republic of Macedonia”, Turkey and Ukraine. All translations will be published on HUDOC, which already contains some 1,500 translations into 21 languages other than English and French, as well as a significant number of links to Internet sites hosting further translations. The Registry would welcome more translations from such host sites, as the new HUDOC interface now enables searches to be made in non-official languages.

Institutions, publishers and others willing to have their translations referenced in HUDOC are asked to consult the guidelines on how to submit non-official translations. The Registry would like to be informed of any cases or case summaries that have already been translated into one or more of the target languages of the project. The Registry is also keen to receive suggestions for cases to be translated. The project team can be reached at hrtf-translation at echr.coe.int.

A very modern, networked way of gathering information: the Court now starts to use crowd-sourcing to find translations of judgments!