Headway Made in Reducing Backlog of Cases 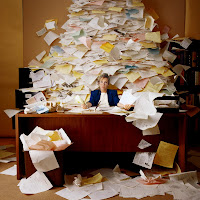 To state that the European Court of Human Rights has a backlog of cases has become a mantra and a cliché. It has been used both to pity and to attack the Court. Both to criticise and to advise it. Relatively unnoticed, although the Court's president mentioned it already in January at the opening of the judicial year, is that the reforms following Protocol 14 to the Convention and the changes in the Court's internal procedures and methods of work have managed to turn the tide. Especially the backlog of clearly inadmissible cases has been reduced significantly, as the Court informed the outside world last week. A filtering section registrar has been appointed and single-judge formations have made a lot of headway in decreasing the backlog, although it is still significant. The backlog for this category of cases dropped to 38,200 in the last two years, with the total number  of pending cases now at 111,350. Still a huge amount by any standard and with a relatively larger percentage of cases now needing more detailed attention, but at least the trend is now positive. Publishing these numbers this month undoubtedly is no pure coincidence. In November the Steering Committee for Human Rights (CDDH) of the Council of Europe will meet again. One of the items on the agenda will be the reform of the Court. This is the text of the Court's press release:

The European Court of Human Rights has confirmed that the methods employed since the entry into force of Protocol No. 14 to the European Convention on Human Rights, on 1 June 2010, have been successful in reducing the backlog of cases which are clearly inadmissible.

Since the entry into force of Protocol No. 14, judges have been sitting in Single Judge formations, assisted by rapporteurs from the Court’s Registry, to decide cases that are clearly inadmissible or that can be struck out without further examination. To optimise this mechanism, initially, some two thirds of incoming cases were placed under the organisation of a new Filtering Section tasked with streamlining the new procedure and ensuring that best practices were adopted for the treatment of incoming applications as well as the older cases still waiting for examination. These methods, which have in the meantime been extended to all incoming cases, have proved successful in diminishing the backlog of cases allocated for examination by a single judge. At its highest, on 1 September 2011, the backlog of these cases had reached over 100,000 (the total number of cases pending having reached 160,200 at that time). On 1 October 2013 the backlog of cases allocated for examination by a single judge had dropped to 38,200, the total number of pending cases being 111,350.

This practice of treating incoming applications has now been confirmed and a Filtering Section Registrar has been appointed. The Filtering Section is made up of the judges appointed as Single Judge (currently 36) and the Registry rapporteurs who have been appointed by the President of the Court to assist the Single Judges. It has responsibility for supervising the Court’s case-load of incoming applications and assuring the speedy allocation of cases to the correct judicial body for decision.

The Court will continue to pursue other available means of improving its organisation and working methods with a view to fulfilling as effectively as possible the role entrusted to it by the European Convention on Human Rights.