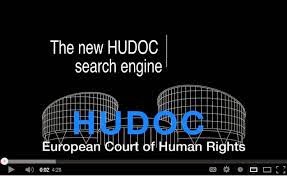 Today, HUDOC, the European Court's case-law search engine, became officially trilingual: after many years of being available only as an English- and French-language portal, it now also has a Turkish (inter)face. This new initiative, supported financially by both Turkey and the Council of Europe's Human Rights Trust Fund, was launched today by the Court's President, Dean Spielmann. Of course HUDOC already includes an ever increasing number of translations of the Court's judgments - currently around 10,000 translations into 27 languages. Over a quarter of these are in Turkish, including all the Court’s judgments in respect of Turkey. The Turkish Ministry of Justice is working on translations of the Court’s factsheets and case-law information notes.

And more is to follow: a Russian HUDOC interface is being built and will also be put online within a few months. All of this will greatly help to make the Court's jurisprudence available to victims, lawyers, researchers and teachers who are less well-versed in French of English. By becoming increasingly polyglot, HUDOC is thus opening up to a wider audience of users.