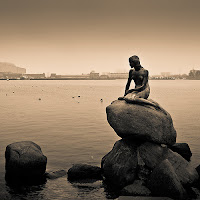 In this fifth episode, I am adding my own comments to the discussion on the draft Copenhagen Declaration, focusing on the role of civil society organizations.

The Draft Copenhagen Declaration - What About Civil Society?

The very existence of this critical comment series on the draft Copenhagen Declaration of the Danish chairmanship of the Council of Europe shows that the recent publication of the draft was enough to elicit a stream of responses. This possibility for open discussion is to be applauded and certainly a big improvement over the earlier discussion surrounding the Brighton Declaration of 2012, over which debate was only possible after the text was leaked. Indeed the intensity and concerns palpable in the current responses show that the contents of the draft are not warmly welcomed by everyone. Some very esteemed colleagues, with supporting reasoning, even relegate the whole draft back to the drawing board.

Is there then something rotten in the Kingdom of Denmark, as the palace guard in Hamlet would have it? Or is the current online debate on blogs just a more public reflection of the diplomatic debates behind closed doors which have been ongoing for several months now among Council of Europe member states? One clear advantage of this relatively open phase is that civil society can more easily chip in. This comment focuses on the role  and arguments of civil society in the run-up to the high-level conference in Copenhagen in April

As Janneke Gerards and Sarah Lambrecht noted in their opening contribution of this series of comments, the earlier declarations of Interlaken, Izmir, Brighton and Brussels all expressed support for the Convention system, but to different degrees. The differences, not only in the texts themselves, but also in the underlying intentions and purposes, are precisely what matters here. While the high caseload for the Court and the changing attitudes towards its work may both have triggered the flurry of reform activity leading to no less than four (and the fifth, Copenhagen one, upcoming) declarations in this decade alone, it is their tone and political context that are the keys to understanding them.

Indeed, domestic discussions within the ECHR State Party chairing the Committee of Ministers of the Council of Europe at the time of a particular declaration heavily influence both timing and content. Denmark is no exception, as Jacques Hartman explained earlier in a comment, also noting the sometimes very large discursive influence a single judgment can have on domestic debates. In that sense, keen observers of the Strasbourg system were not surprised that the draft Brighton Declaration in the past and the draft Copenhagen Declaration currently, emanating as they do from relatively ‘Strasbourg-sceptic’ governments – elicit rather critical responses and concerns from academics, civil society and more ‘Strasbourg-friendly’ state parties.

Notably, the Danish chairmanship openly called for civil society involvement. Its short document on priorities mentions civil society no less than five times, including when it calls for “strengthened dialogue on developments in the Court’s jurisprudence; a dialogue in which civil society should also play a key role.” If we see the draft Copenhagen Declaration as a kick-off by the Danish government, then civil society certainly seized the ball. But maybe not in the direction the Danes were hoping for. Indeed, six non-governmental organisations that were invited to participate in the November 2017 Kokkedal expert conference of the Danish government soon after issued a statement that breathes an air of concern. The statement expressed regret that the discussions once again focused on “the functioning and methods of the Court rather than on meeting existing legal and political commitments on national implementation.” It also a cautioned against interpretations of “enhanced dialogue” (a term of the Danish chairmanship that somewhat unluckily echoes that other infamous use of “enhanced” in international law, in the context of interrogations in the fight against terror) that would hamper the European Court’s independence.

The six, amongst them Amnesty International and the International Commission of Jurists, were joined by two additional civil society organisations when issuing their recent “Joint NGO Response to the Draft Copenhagen Declaration”. The response could be summarized in two main points: the draft Declaration is imprecise in its analysis and description of the situation and it targets the wrong problem.

As to the imprecisions, the reaction of the NGOs almost reads as that of an all-knowing headmaster correcting its stubborn, shoddy student – and very often for good reasons. The text of the response is full of criticism of the draft Declaration for mischaracterizing processes, overstating issues, undermining the Court and creating confusion (e.g. between the notion of subsidiarity and the margin of appreciation). From a sociology-of-law perspective, this may be explained by the fact that several of the leading figures in these NGOs are also some of the best academic experts on the Convention system. They justifiably demand from the diplomats and civil servants who wrote the text to at least get their facts right and to be intellectually candid. At the same time, the lack of precision and coherence in the Draft could be explained by the fact that the text is already a compromise in the making within the Danish government and influenced by earlier diplomatic demarches of several other state parties. Nevertheless, the NGOs have a point. A large part of their response is, as a result, moulded in the form of very specific textual suggestions to improve the text. How very different is this openly critical and correcting tone from the more subdued, diplomatic wording of the European Court’s own reaction to the draft, which is worded more as a gentle but critical reminder of the Court’s own case-law and a kind demand for clarification of some of the more far-reaching ideas before they can be analysed. To each their own role and tone, and rightly so.

As to the targeting of the key problem at stake, the NGO response argues that the while the draft Copenhagen Declaration acknowledges that national implementation of the ECHR is important, the emphasis seems to be on what could be improved in Strasbourg rather than at home. And that very emphasis, in the NGOs’ view is putting too much attention to a less urgent problem. Much progress in efficiency and quality has been made within the Court. It is the persistent and systemic problems within states that call for attention, including the lack of timely and full implementation of Strasbourg judgments. Indeed, much of the draft Declaration talks about a better “balance” between the European and national levels. The underlying thought seems to be that the Court needs to give more room to national sovereignty – the draft talks of the importance of “constitutional traditions” and “national circumstances”. The Court should be recalibrated in a new balance of power, the draft seems to say.

By contrast, the NGOs argue that the new balance should be rather one of taking responsibility – the Court is doing what it can, the states themselves should take the Convention norms more seriously. Here, the problem analysis of the situation by civil society organisations in the response is in line with what the Parliamentary Assembly of the Council of Europe has been highlighting year after year: national implementation of the Convention is the key problem. And this should be done across the board. Rather than weakening or taking away jurisdiction of the Court on matters of asylum or international armed conflicts in order to make the Court’s caseload more workable, the influx of cases should be reduced by addressing problems at the national level. To put it differently: improving protection for human rights victims and preventing violations, rather than sounding the Strasbourg alarm bell for only some problems and not for others.

If indeed, as the NGO response argues, more emphasis should be put on national implementation of Convention norms, then the role of civil society should be strengthened, to begin with in the wording of the draft Declaration. The organizations behind the response call for the development of more effective implementation by engaging civil society. The concern in the response about the role of civil society at the national level, within states, is not just one of principle. It is also very much a practical challenge: in many countries across the globe, including within Europe, civic space is under heavy pressure and the work of civil society is made increasingly difficult. This in turn affects the room for manoeuver NGOs have to help victims of alleged human rights violations to lodge applications in Strasbourg. An important signal would thus be to include in the Copenhagen Declaration the crucial role of civil society in human rights protection and promotion at the national level and the need for an enabling environment for their work.

The response also addresses the role of civil society itself in Strasbourg. Here the main point the NGOs make is that the Court’s independence should be protected and bolstered above all. Political influencing by states – under the cloak of “dialogue” – is anathema. State interventions in the Court’s work should be entirely limited to existing procedures, whether in their role as defendant states in a particular case or as third party intervener. If more possibilities for states are created for states to give input in proceedings, then the same should be possible for others, including civil society, the NGOs argue. The NGOs note a point that is also to be found in the Court’s own reaction to the Copenhagen draft: these is a lot of room for third party interventions already. As the Court, again diplomatically, states in its opinion, this option “does not appear to be used to its fullest potential” (para. 16).

As to another element of the procedures in Strasbourg, as Lize Glas noted in one of the earlier comments in this series, in the context of decisions of referral to the Grand Chamber, it would make sense to open the door for involvement of civil society and not limit it to states. Again, this would follow from the overall professed logic of the Danish chairmanship of giving a key role to civil society. A matter of putting your money – or in this case, political commitment and action – where your mouth is.

The input of civil society in the current debates deserves to be taken very seriously. Not only because this input reflects the explicit goal of the Danish chairmanship to involve civil society, but also because civil society organisations are key players in the Convention system. All of the organisations behind the joint NGO response are very active in Strasbourg, whether it is in strategic litigation (EHRAC) or in implementation of judgments (EIN). And, of course, these international NGOs also voice concerns of a much wider circle of civil society actors. It is after all domestic human rights organisations that may themselves become victims of violations when trying to help individual victims or when being “social watchdogs”, as the European Court itself has put it, to hold authorities to account.

The response in the dialogue in Hamlet to the famous phrase about rottenness in Denmark is that “heaven will direct it”. In the current context, in a rather more mundane version, it may not be heaven but the chorus of voices on earth being crucial. The current series hopes to add some useful notes to those voices.