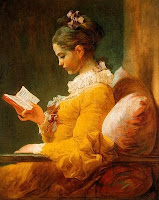 Just appeared: two articles dealing with ECHR matters in different academic journals. The first is an article concerning the ongoing discussion on the territorial scope of the Convention and the connected state responsibility: Kjetil Mujezinović Larsen, 'Territorial Non-Application' of the European Convention on Human Rights, in the newest issue of the Nordic Journal of International Law (vol. 78, on. 1, 2009, pp. 73-93). This is the abstract:

This article examines the issue of when a State can be considered not to exercise jurisdiction under Article 1 of the European Convention on Human Rights in parts of its own territory. The starting point is that the notion of jurisdiction in the Convention is primarily territorial, and that a State is presumed to exercise jurisdiction throughout the entire territory. The presumption can be rebutted in exceptional circumstances. The author argues that this can happen only if the State is prevented from exercising authority and control in parts of the territory, and that the lack of authority and control must be caused by the influence of another State. Even if the State is considered to be in this position, the State retains a "reduced jurisdiction", and is under a positive obligation to take measures to protect the human rights of the population. The article examines the issue with particular reference to the Assanidze and Ilaşcu cases from the European Court of Human Rights, and illustrates the issue by reviewing briefly the current situation in four regions in the Caucasus.

Especially relevant to the situation in e.g. the breakaway parts of Georgia.

Separate opinions, both concurring and dissenting, have been a feature of judgments of the European Court of Human Rights since its earliest days, but detailed studies of their incidence and impact have until recently been sparse. This article, based on an AHRC-funded research study, offers a survey of the research literature and describes the outcome of its own consideration of such opinions. The use of separate opinions in the European Court of Human Rights is significant, but the incidence of sole dissents by national judges is very low. It would appear that the main determining factor in the writing of a separate opinion is judicial temperament. There is some evidence that the background of judges prior to their election to the Court has some influence on their approach to writing separate opinions. The Court, however, demonstrates high levels of collegiality and the use of separate opinions contributes to the transparency of its decision-making.

I also added two links two to of my own articles online, of 2006 and 2007 respectively (see in the sidebar under 'My research online').