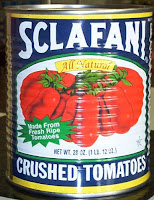 With Protocol 14 on the reform of the ECHR mechanism still stuck in the Russian Duma, the Council of Europe has launched a new initiative to prevent the European Court from succumbing (or getting crushed) under the increasing case-load. The Committee of Ministers has drafted and is still discussing a so-called Protocol 14-Bis, which is to function as an interim solution and will become obsolete if and when Protocol 14 will ever come into force.

The proposed Protocol 14-Bis in effect takes two crucial elements from the broader reform package of Protocol 14 proper, and seeks to give these a more immediate effect. The two elements are the possibility for a single judge (instead of currently a committee of three) to declare plainly inadmissible cases inadmissible. Secondly, Committees of three judges would be allowed to issue judgments (now only 7-judge Sections of the Court are allowed to do so). Obviously, this would spare time and allow the Sections to dedicate more time to the more important cases. The essential difference with Protocol 14 is, that Protocol 14-Bis would enter into force almost immediately for each state that ratifies it (and thus apply to cases against that state). Thus, it would no longer be possible for a state to block the entry into force for the other state parties.

The Parliamentary Assembly reacted positively to the proposal, basing itself on a report on the issue by one of its members, the Dutch senator Klaas de Vries. De Vries estimated that the introduction of the proposed measures would result in an increase of 20 to 25 % in the capacity of the Court to process cases. He labels the current a situation as a "force majeure' for which Protocol 14-Bis could offer a solution in the short run (and avoid the Court becoming as crushed as the tomatoes in the can).

Importantly, Spain, the current Chair of the Committee of Ministers, is seeking to take the issue forward at the next ministerial meeting in Madrid. It is at that meeting that a parallel solution is also envisaged - declarations from state parties that the Court could apply vis-à-vis them parts of the pending Protocol 14. Another way of circumventing the current deadlock. For the press release of the Parliamentary Assembly, click here.

The "Bis"-solution seems to be a justified, although not entirely unproblematic way to address at least part of the case-load problem. The downside of taking this path, is that the pressure on Russia to ratify Protocol 14 itself may decrease. But in the current situation, that is a risk worth taking, in my opinion.
Geplaatst door Antoine Buyse