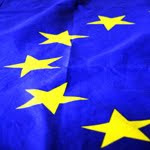 The article 'Does consensus matter? Legitimacy of European Consensus in the Case Law of the ECtHR' by Kanstantsin Dzehtsiarou has just been published in Public Law (July 2011 issue, pp. 534-553). I reported on the working paper earlier here. This is, in short, what the article is about:

International tribunals including the European Court of Human Rights (“ECtHR”) face a substantial structural handicap: they operate in a system which lacks the coercive force to enforce their judgments. Thus, to at least some extent, the execution of their judgments depends on them issuing rulings that are considered legitimate by reference to the method of their reasoning. One of the methods of reasoning commonly applied by the ECtHR is that of “European consensus”; an argument based on comparative analysis. While “European consensus” is used by the court, the Convention itself does not contain any definition, criteria or regulation of the concept. Moreover, the ECtHR has not clearly defined what it means by European consensus and it has not been analysed systematically in academic work.

This paper argues that European consensus as employed by the ECtHR is a legitimising tool, but that its potential can be unlocked only if the court clearly states its meaning and application. It is a legitimising method of reasoning because it brings clarity and foreseeability to case law in relation to almost all Convention rights, although it has never been the sole basis of a judgment and therefore plays a subsidiary, albeit important, legitimising role.

Part one considers the general framework for the analysis of legitimacy. It addresses general concepts of legitimacy and considers the factors that are relevant in the assessment of the legitimacy of an argument the ECtHR incorporates in its reasoning. It is suggested that European consensus should be sufficiently persuasive and procedurally clear if it is to enhance legitimacy. Part two deals with the crisis of legitimacy relative to European consensus that has been articulated by some
commentators. It identifies those weak points that can be mitigated through clarity and transparency of the court's reasoning. Part three defines the European consensus as it is used by the European Court. The logic that is used by the court in identification of consensus is used by national and international tribunals all over the World. This part outlines and analyses the different types of consensus considered by the ECtHR.