Op-Eds on the Court 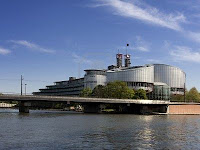 Colm O'Cinneide has posted an insightful blog article about the recent controversies in the United Kingdom about the Court on the UK Constitutional Law Group Blog, entitled 'In Defence of the Strasbourg Court'. And yesterday, the online version of the Guardian newspaper published my own Op-Ed on the European Court, which I am reposting here:

Is the European court of human rights (ECHR) a dangerous monster, constantly eyeing an endangered prey called national sovereignty? Or is it rather a beloved, benign and not particularly powerful protector of human rights? Anyone following the debates in the press and in parliament in the United Kingdom and in other European countries may get the impression that the court in Strasbourg is increasingly under attack.

Disputes over voting rights for prisoners, crucifixes in classrooms and abortion rights have all made the headlines recently. Is there reason for concern that the European court is nibbling away at the power of states to decide over their own future?

Observers of the Strasbourg court might wonder why, of all possible international organisations, the ECHR is deemed to be particularly threatening. Was it not set up for the good of all of Europe's citizens? Is it not the paramount shield of protection of all those whose fundamental rights are at risk? Such assurances will not placate the court's critics. However, two recent studies shed light on both the influence and the legitimacy of the court.

Research by US-based academics Laurence Helfer and Erik Voeten have addressed the first issue: influence. Does an international court such as the ECHR really influence national policies or does its jurisprudence merely reflect existing trends? Put differently, is it a follower of national legal changes rather than a trendsetter? Through a statistical analysis of one particular field of law – judgments on lesbian, gay, bisexual and transgender (LGBT) rights – they have found that there is evidence that Strasbourg judgments can help to push for changes at a national level.

If national constitutions allow for it, domestic judges can use ECHR case law in their own judgments to rule that specific national laws should no longer apply – for example, laws criminalising homosexual behaviour. The judgments of the European court can also provide information and encourage mobilisation domestically. Once the court issues a judgment, national NGOs can use that judgment to lobby their government for policy changes. If the European court rules that transsexuals have a right to have their gender change acknowledged on their birth certificates, for example, such a verdict gives credence and strength to a national lobby to effect such a change.

The ability of domestic judges to do this and the existence, will and effectiveness of lobby groups are national features rather than characteristics of the European court. It seems, therefore, that the jurisprudence of the ECHR is a catalyst increasing the speed of existing movements for change rather than igniting those changes. Instead of looking at the court as a danger, critics should look inward at the national constitutional system and existing movements and moods in their society.

What then about the legitimacy of the court? Do Europeans consider the Strasbourg institution to be a credible and legitimate protector of human rights? Is it eroding under the pressure of harsh discussions in some countries? Political scientist Başak Çalı and a team of researchers from University College London interviewed a large number of judges, lawyers and politicians in the UK, Ireland, Germany, Turkey and Bulgaria. They found that, in spite of some criticism, the ECHR generally enjoys a very high degree of legitimacy. In fact, judicial respect for the jurisprudence of the Strasbourg court is so strong that even the unpopularity of some of judgments does not significantly erode it. These academic projects show that the often hot-tempered political debates about the court and its judgments do not tell the full story.