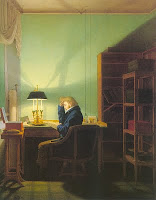 Please find below a new batch of ECHR-related readings for the summer:

The paper critically reviews the challenges facing the European Court of Human Rights when hearing claims being brought under Article 2 of the European Convention on Human Rights in relation to the phenomena of enforced disappearances as a result of the internal armed conflicts of Turkey and Chechnya. The paper traces the phenomenal and, oftentimes, controversial evolution of the associated jurisprudence and provides evidence of judicial disparities and inconsistencies that are not easily rationalised. Such inconsistencies suggest that whilst Strasbourg’s intention may be to ensure accountability in the face of adversity and human atrocities, its noble cause may be based on judicially unsubstantial foundations.

And in the same issue :

* R. Nigro, 'The margin of appreciation doctrine and the case-law of the European Court of Human Rights on the islamic veil', pp. 531-564.

In its judicial activity, the European Court of Human Rights increasingly resorts to the margin of appreciation doctrine as a means of granting States the discretionary power to adopt, both positive steps to comply with the European Convention on Human Rights and steps which, although interfering with some of the rights and freedoms sanctioned by it, are considered to be justifiable because they are necessary to preserve public order and/or to protect the rights and freedoms of others in a democratic society. However, the margin of appreciation doctrine does not appear in the text of the European Convention or in its drafting history.1 This is the reason why, on several occasions, legal scholarship has examined the legal basis of such doctrine and questioned the consequences of the use the European Court makes of it within the protection of the human rights system. Manifold theories have thus been put forward justifying the Court’s recourse to the discretionary power of States. As we shall illustrate, these theories offer only a partial, yet insufficiently clear, explanation of the margin of appreciation doctrine. This is apparent in the European Court’ case-law on the Islamic veil—lastly in the recent admissibility decisions of 30 June 2009 in Aktas v. France, Bayrak v. France, Gamaleddyn v. France and Ghazal v. France—in which the power granted to some State authorities to ban the headscarf, seems to have been used by the Strasbourg judges to set general principles, in a manner and for purposes that are incompatible with the discretionary powers of States. Before analysing the margin of appreciation doctrine in the European Court’s jurisprudence on the Islamic veil, we should briefly analyse the most significant judgments through which the Court has set the enforcement criteria of the margin of appreciation; and the main theories in legal academic literature, in order to better understand how the approach followed in the case-law on the Islamic veil draws away from both the previous jurisprudence of the Court and the scholars’ contributions and comments on the subject.