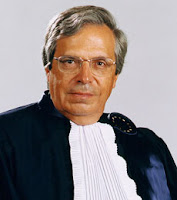 George Letsas of University College London has posted a working paper on SSRN on the separate opinions of Greek ECtHR judge Rozakis. It's entitled 'Judge Rozakis's Separate Opinions and the Strasbourg Dilemma'. This is the abstract: