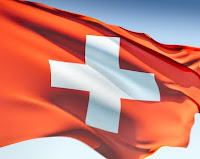 Rare are the cases in which applicants win their case in Strasbourg and then return to Strasbourg and again win a case when they are not satisfied with the way the state handles the outcome. This happened in this week's judgment in the case of Emre v. Switzerland (No. 2) . Emre is a Turkish national who had been living in Switzerland from the age of six. In his late teens and early twenties, he was convicted for a range of offences, including robbery and assault. As a result, he was expulsed and an indefinite ban on re-entry was pronounced by domestic courts in Switzerland. Emre lodged a complaint with the European Court of Human Rights, arguing that this violated his right to private andd family life (Article 8 ECHR). In August 2008, the Court held in its first judgment on the situation that this was indeed the case. Indicating in detail a wide range of factors (nature of the offences, severity of the penalties, strength of his ties with Switzerland and Turkey, among others) to be taken into account, it concluded that the Swiss authorities had not struck a fair balance. To their credit, the Swiss courts subsequently re-assessed the case and came to a new conclusion: the ban would now be for ten years instead of indefinitely. Arguing that this new judicial assessment constituted a new violation of his rights, Emre went to Strasbourg again.

The question then presented itself not only whether the new, shorter ban constituted a violation of Article 8 but also whethwer the previous judgment of Switzerland had been complied with (the obligation of Article 46 ECHR). The Court dealt with these two issues in conjunction. It assessed that the ten year ban did not comply with the conclusions and spirit of its own 2008 judgment. It held that the Swiss domestic court (le Tribunal fédéral) had subsituted the Court's balancing of interests by its own. Even if one would suppose, the Court went on to ascertain, that such a thing would be admissible, such renewed balancing should be complete and convincing in dealing with all the relevant factors the Court had identified. The Swiss court had, in the European Court's view, mainly focused on the element of unlimited duration at the detriment of other factors. Ten years was still disproportionate, in the Court's eyes.

And then, in a rather far-reaching conclusion, the Court held the following (in para. 75):

Thus, the most "natural interpretation" (whatever that may mean in legal terms) and the one closest to restitutio in integrum would have been to annul immediately and completely the ban. And even if another result (a shorter ban) would have been acceptable, a good faith execution of the Strasbourg judgment by Switzerland would have necessitated a more complete application of the considerations in the first judgment of the European Court in this case.

What does this tell us? That is not easy to answer. The Court leaves the door slightly open for a state's own assessment, as long as it scrupulously applies all considerations indicated by the Court, or in the alternative the more "natural" solution is one which is as close as possible to restitutio in integrum. Is this another step towards more specific application of the Court's judgments? It certainly requires taking all the pointers the Court gives when finding a violation very seriously, even if no precise indication is given in the operative part of the judgment under Article 46 ECHR. The judgment shows that in this case the most beneficial solution for the applicant should have been chosen if the state was not prepared to be procedurally thorough enough to work in a convincing and complete way with all the Court's yardsticks. The more obedient the state is procedurally (following the Court's criteria), the more the Court is prepared to give leeway on the material assessment (the actual outcome of the balancing), it may seem. How this would apply to other situations than re-entry bans, and to situations covering other articles than 8 ECHR, remains to be seen ...

Judges Malinverni (the judge elected in respect of Switzerland, now succeeded by Helen Keller) and Björgvinsson dissented, arguing that under Article 46 ECHR states have the liberty to chose the way in which they implement the Court's judgments, especially - as in this case - when the judgment did not indicate specific measures to be taken. The renewed assessment by domestic courts, in their view, fell within the margin of appreciation.

The judgment itself is in French but the press release in English can be found here.
Geplaatst door Antoine Buyse