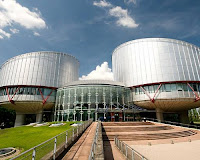 The iCourts and Freedom Rights Project at the University of Copenhagen is organizing and hosting a conference entitled 'The Future Role of the European Court of Human Rights' on 15 November 2013. Invited speakers include Marc Bossuyt, Eva Brems, Jonas Christoffersen, Børge Dahl, Francoise Hampson, Laurence Helfer, Renate Jaeger, Pauliine Koskelo, Mikael Rask Madsen, and Paul Mahoney. This is the conference abstract:

Recent years have seen a growing number of discussions about the role of the European Court of Human Rights (ECtHR). Some critics have accused the ECtHR of engaging in judicial activism, using its own notion of evolutionary interpretation to gradually expand the scope of the Convention. Others have argued that by doing so the ECtHR only fulfils its task of providing an up-to-date human rights protection in an increasingly integrated Europe. These debates are in part fuelled by normative differences in the perceived role of the ECtHR in the protection of human rights in Europe. Whether the ECtHR should play a limited constitutional role or not is therefore hardly only a legal matter. It is also a political one, which will have significant implications for European citizens and national democracy, as well as for the very idea of European integration by law.

This conference addresses the question of what the role of the ECtHR should – and could – be in the contemporary and future protection of human rights in Europe.  It brings together a distinct group distinguished European judges and renowned scholars from the field of human rights to debate these questions and suggest ways forward for the ECtHR.