Report on Reinforcing the Court's Independence

Rapporteur Boriss Cilevičs, a member of the Council of Europe's Parliamentary Assembly from Latvia, has written a report aimed to support and further strengthen the independence of the European Court of Human Rights. The report reads, in its first part, as a concise introduction to the theme of how the Court is organised and how judges are elected. It then goes on to touch upon a number of specific matters and upcoming reforms related to protecting the factual independence of judges. This ranges from criteria of age and retirement, through privileges and immunities to social security and pensions. The report deals, for example, with the post-Court life of judges, noting the following:
"... a number of former judges of the Court have experienced difficulties in finding employment.  In some extreme cases, these difficulties may, purportedly, be caused by an ’insufficiently patriotic’ position of judges taken on prominent cases against their own states. To put it plainly, an ’overly principled stand’ by a judge may entail an element of ‘revenge’ by national authorities upon the judge’s retirement. The risk of similar treatment for a serving judge may compromise judicial independence."
The report, finally, also addresses concerns about the independence of the Court's support staff, the Registry, on the specific issue of staff seconded from state parties and on staff on temporary contracts. The report ends with a positive note - the Court as the crown jewel of the Council of Europe - but simultaneously remarks that on the specfic points dealt with there is still room for improvement.
Geplaatst door Antoine Buyse

Book on Legitimate Expectations and the ECHR

Maya Sigron has written a monograph on the concept of legitimate expectations under the right to property. The book, entitled "Legitimate Expectations Under Article 1 of Protocol No. 1 to the European Convention on Human Rights" has been published with Intersentia. This is the abstract:

This book provides a thorough evaluation of the complex relationship between legitimate expectations and the protection of property guaranteed by Article 1 of Protocol No. 1 to the European Convention on Human Rights.

To set the context, the book first gives a brief but comprehensive analysis of property rights from Ancient Greek times until now. Subsequently, it compares the protection of legitimate expectations with its underlying principles in other legal orders.

The conclusion assesses the major results and paves the way for future debate about the doctrine of legitimate expectations under Article 1 of Protocol No. 1.
Geplaatst door Antoine Buyse 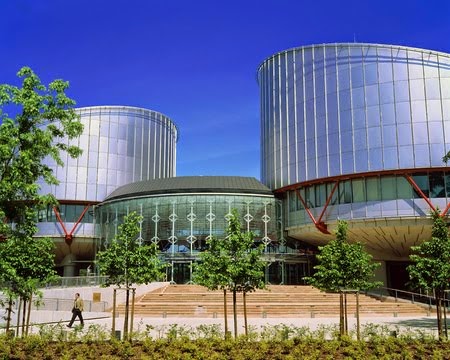 The Council of Europe has compiled a large document of over 500 pages which reflects the ongoing reform efforts regarding the European Court of Human Rights of the last few years. It is entitled 'The European Convention on Human Rights : Interlaken,İzmir, Brighton and beyond. A compilation of instruments and texts relating tothe ongoing reform of the ECHR' and is freely accessible online. It includes the key speeches and concluding documents of the three mentioned intergovernmental conferences, reports of the Steering Committee on Human Rights (CDDH), the texts of Protocols 15 and 16 and their explanatory reports. A very useful all-in-one compilation of the current state of affairs on reform. The newest updates on the reform work can be found, as noted earlier, on this dedicated website.
Geplaatst door Antoine Buyse

The Center for European Law of the University of Bologna, in cooperation with King’s College London and the University of Strasbourg are organising their XIVth joint edition of the  Summer School on the protection of fundamental rights in Europe. The Summer School, to be held in French and English, will be held from the 30th of June to the 4th of July in the magnificent venue of the Castle of Bertinoro. In particular, emphasis will be placed on the European Convention of Human Rights - the rights it guarantees, the system of protection it creates – and the European Charter of Fundamental Rights. In this context the relationship between the European Court of Justice and the European Court of Human Rights will be discussed. Full details on content and registration can be found here.
Geplaatst door Antoine Buyse

The Council of Bars and Law Societies of Europe (CCBE) has published a special guide entitled 'The European Court of Human Rights - Questions and Answers for Lawyers' online. The small booklet can be seen as a very practical, albeit also quite basic (it includes only "key information", as the editors state) introduction to the aspects of the Strasbourg system relevant to practicing lawyers. Questions answered range from "How should ECHR case law be invoked in the national proceedings?" to "Can applicants obtain legal aid in respect of proceedings before the Court?" Many answers include links to further relevant information. This is the abstract of the guide:

"This guide is directed at lawyers intending to bring a case before the ECHR. The guide, which is a list of questions and answers, contains information and practical advice for proceedings before national courts prior to application to the ECHR, before the Court itself, and during the enforcement of the Court’s judgments.

A number of questions are covered in the handbook, including: at what stage of proceedings before national courts should human rights violations be pleaded under the European Convention of Human Rights; how to submit an application to the Court; the technical aspects of proceedings; and the role of a lawyer once a judgment has been rendered. Also included are reference to tools and resources available for parties and their lawyers."
Geplaatst door Antoine Buyse

Conference: Fundamental Rights in Europe - A Matter for Two Courts

On Friday 13 June, Oxford Brookes University and the Council of Europe are organising a conference in Strasbourg entitled 'Fundamental Rights in Europe: A Matter for Two Courts'. The event is meant to discuss and disseminate the research emerging from two projects. First, a study of the British Academy entitled 'Reflections on the Architecture of the European Union after the Treaty of Lisbon: The European Approach to Fundamental Rights'. Secondly, research as a result of an earlier conference with the same title which was held at Oxford Brookes in January 2013. Te Strasbourg event is "addressed to policy makers of the Council of Europe, the Council of the EU, the EU Commission, and the European Parliament, judges of the CJEU and the ECtHR, and scholars working in the field of fundamental rights." The full conference programme as well as information on registration can be found here.

Please email Dr Sonia Morano-Foadi smorano-foadi at brookes.ac.uk if you wish to receive a copy of the Report which will be presented on 13th June 2014
Geplaatst door Antoine Buyse