Dear readers, as another Covid-19 year slowly grinds to a halt, this is the last post of 2020, as this blog will take a Winter break.
For the European Court of Human Rights this was another challenging year, with what we could call the start of a substantive Covid-19 case-law line, relating to such issues as freedom of movement and mandatory vaccination. No doubt, there will be more to come. And the general human rights situation within the ECHR's geographical reach remains worrying, with new judgments finding violations of Article 18 ECHR for example and a continuing series of cases about (the lack of) judicial independence. Enough reasons for this blog to continue following Strasbourg developments in the year ahead.
It was also the year in which the architect of the Court's current, iconic building passed away: Sir Richard Rogers. And also, to end with a comic note, the year in which Pastafarianism, the movement venerating the Flying Spaghetti Monster, was not recognised as a religion under Article 9 ECHR by the Court.
We wish all our readers a good holiday season and a healthy 2022!
Antoine Buyse and Kushtrim Istrefi, co-editors of the ECHR Blog
Geplaatst door Antoine Buyse

Academic Freedom in Turkey before the Strasbourg Court: A Third Party Intervention by a Coalition of Academic Interveners

This week a coalition of academics, including this blog's editors, has submitted a third party intervention to the European Court of Human Rights in the so-called 'Academics for Peace' cases.
The background of these cases is the following: in the wake of the failed coup d'état of July 2016, the Turkish Government has employed emergency measures not only to re-establish peace and order, and to deal with those directly responsible for the coup d'état, but also to silence and in many cases attack, among others, journalists, academics or minorities. These systemic attacks undermine the overall academic freedom in Turkey.
This currently pending group of applications before the European Court of Human Rights, the 'Academics for Peace' cases (Kamuran AKIN v. Turkey and 42 other applications, applications nos. 72796/16, 72798/16, 72799/16 et al.), illustrate this. The cases concern a group of academics from different Turkish universities who on 11 January 2016 issued a statement entitled “We will not be a party to this crime”, which critically questioned the Turkish Government’s role in the conflict in South-East Turkey and the associated serious human rights violations. President Erdoğan accused them of treason, and hundreds of academics, including the applicants, were then dismissed from their university positions through a series of emergency decrees.
The group of academics who submitted the third-party intervention before the European Court of Human Rights addresses the connection of the cases with academic freedom and elaborates on the importance of academic freedom in and for the Convention system. The third party intervention was presented by Professors Helen Duffy and Philip Leach (co-supervisors in the Turkey Litigation Support Project) on behalf of a group of 19 academics, including the co-editors of this blog (Antoine Buyse  and Kushtrim Istrefi).
Geplaatst door Kushtrim Istrefi

Cedric Marti of the University of Zurich has published a book entitled Framing Convention Community: Supranational Aspects of the European Convention on Human Rights (with Cambridge University Press).
Here is the book abstract:
'The European Convention on Human Rights (ECHR) has evolved from an international agreement into a highly integrated legal community with an ever more pervasive effect on domestic law and individuals. The supranational authority of the European Court of Human Rights bypasses the national state in a growing number of other areas. Understanding the evolution of the ECHR and its Court may help in explaining and contextualising growing resistance against the Court, and in developing possible responses. Examining the Convention system through the prism of supranationality, Cedric Marti offers a fresh, comprehensive and interdisciplinary perspective on the expanding adjudicatory powers of the Court, including law-making. Marti addresses the growing literature of institutional studies on human rights enforcement to ascertain the particularities of the ECHR and its relationship to domestic legal systems. This study will be of great value to both scholars of international law and human rights practitioners.'
Geplaatst door Kushtrim Istrefi

Secretary General Inquires on the Situation in Poland: A Test for Poland and Article 52 ECHR 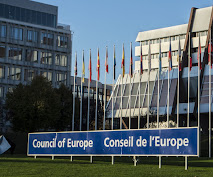 New Book on the ECtHR and European Public Order

Kanstantsin Dzehtsiarou of the University of Liverpool has just published a new book with Cambridge University Press, entitled Can the European Court of Human Rights Shape European Public Order? It is available as print book and in electronic version. This is the abstract:

'In this book, Kanstantsin Dzehtsiarou argues that, from the legal perspective, the formula 'European public order' is excessively vague and does not have an identifiable meaning; therefore, it should not be used by the European Court of Human Rights (ECtHR) in its reasoning. However, European public order can also be understood as an analytical concept which does not require a clearly defined content. In this sense, the ECtHR can impact European public order but cannot strategically shape it. The Court's impact is a by-product of individual cases which create a feedback loop with the contracting states. European public order is influenced as a result of interaction between the Court and the contracting parties. This book uses a wide range of sources and evidence to substantiate its core arguments: from a comprehensive analysis of the Court's case law to research interviews with the judges of the ECtHR.'