Ryan Goss, lecturer in Law at the Australian National University in Canberra, has written a book which critically analyses what is probably the most litigated right in the Convention: Article 6 ECHR, the right to a fair trial. The book, entitled 'Criminal Fair Trial Rights - Article 6 of the European Convention on Human Rights', has been published with Hart Publishing. It takes an interesting cross-cutting approach and in doing so deviates from standard handbooks on the issue. This is the abstract:

"The Article 6 fair trial rights are the most heavily-litigated Convention rights before the European Court of Human Rights, generating a large and complex body of case law. With this book, Goss provides an innovative and critical analysis of the European Court's Article 6 case law.

The category of 'fair trial rights' includes many component rights. The existing literature tends to chart the law with respect to each of these component rights, one by one. This traditional approach is useful, but it risks artificially isolating the case law in a series of watertight compartments.

This book takes a complementary but different approach. Instead of analysing the component rights one by one, it takes a critical look at the case law through a number of 'cross-cutting' problems and themes common to all or many of the component rights. For example: how does the Court view its role in Article 6 cases? When will the Court recognise an implied right in Article 6? How does the Court assess Article 6 infringements, and when will the public interest justify an infringement?

"Provided for under the Treaty of Lisbon, the accession of the European Union to the European Convention on Human Rights is destined to be a landmark in European legal history because it will finally make it possible for individuals and undertakings to apply to the European Court of Human Rights for review of the acts of European Union institutions, which unquestionably play an increasingly important role in our daily lives. After nearly three years of negotiations, a draft agreement on European Union accession was adopted on 5 April 2013. In the light of the draft agreement, this publication offers a concise analysis of the reasons for European Union accession to the Convention, the means by which this is to be achieved and the effects it will have."
Geplaatst door Antoine Buyse Please find below a number of new readings related to the European Convention on Human Rights from a number of leading international legal journals:


* Matthew Scott, 'Natural Disasters, Climate Change and Non-Refoulement: What Scope for Resisting Expulsion under Articles 3 and 8 of the European Convention on Human Rights?', International Journal of Refugee Law (Vol. 26, no. 3, 2014).

*  N. Cox, 'Delfi AS v Estonia: the liability of secondary internet publishers for violation of reputational rights under the European Convention on Human Rights', Modern Law Review (vol 77., no. 4) pp. 619-629.

Finally, Anton Burkov, one of the key Russian ECHR experts has published an Op-Ed in The Moscow Times on the ECHR as a last resort for Russians, entitled 'Russians Can Only Find Justice in Europe'.
Geplaatst door Antoine Buyse

Lodging Applications in All Official Languages 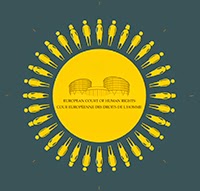 The Court has finalized the translation of the applicant pages on its website. The information on how to apply is now available in all the official languages of the state parties to the Convention, ranging from Albanian to Ukrainian, and from Catalan to Estonian. For each language, the pages contain practical information on how to lodge a complaint, on admissibility criteria, and the Convention text. Even some of the explanatory videos have been translated. Paradoxically, this ever-increasing accessibility in practical terms may not bode well for the caseload of the Court. It is therefore encouraging, that the Court also noted earlier this week that great progress has been made in reducing that backlog. In fact, it backlog has decreased from 151,6000 in early 2012 to 84,850 at the end of June of this year. This amounts to a 44% decrease, no mean feat to say the least, even if we consider that the single judge mechanism responsible in combination with new working methods for most of this have been able to do so by dealing with the relatively more straight-forward cases. Although the amounts are still high, the trend for the past two years has at least been going in the right direction.
Geplaatst door Antoine Buyse 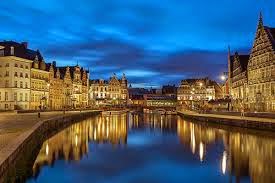 The prolific Human Rights Centre of Ghent University is organising two conferences this Autumn, both of which are to an important degree about the ECHR:
The first is a seminar on Law and Religion on 23 September. The entire afternoon of the seminar will be dedicated to the Court's case-law on the issue. More information and the full programme can be found here. This is what the conference is about in a nutshell:
"The seminar will bring together religious scholars and legal scholars to discuss law's conceptions of religion and its reception of different religious experiences. Speakers will address questions such as: Are the notions of religion underpinning the law inclusive enough to attend to the diversity of religious ways in reality? If not, can and should these notions be legally "stretched" so as to become more responsive to such diversity?

The morning sessions will focus on how law, including human rights law, understands and should understand religion. The afternoon sessions will focus on the ways in which a specific court - the European Court of Human Rights - conceives of and should conceive of religion. Religion scholars presenting in the afternoon will unpack the notions of religion underlying selected freedom of religion judgments and examine the extent to which these notions attend to applicants' religious experiences. Legal scholars, in turn, will look at whether applicants' religious experiences can and should be legally translated more fully."
The second is a conference on conflicts between human rights, to be held on 16 October. The title of the conference is: '(How) Should the European Court of Human Rights Resolve Conflicts between Human Rights?'. Several of the former and current judges, including President Spielmann, will be commentators at the event. According to the organisers, this is what it will be about:
"The Symposium aims to evaluate the legal reasoning of the European Court of Human Rights in conflicting rights cases and to propose novel methodological tools and frameworks for the judicial resolution of conflicts between human rights in the context of the European Convention on Human Rights.

In order to tackle these challenges, a number of renowned scholars have been invited to present their views on how (specific) conflicts between human rights ought to be resolved. First, a small number of scholars will set the stage for the debate by outlining their general approaches, frameworks and tests for the judicial resolution of conflicts between human rights in the ECHR context. Following these general presentations, a larger number of panels will address specific types of conflicts. To ensure productive and spirited debate, the participants in the specific panels have been asked to present their views on how certain pre-selected ECtHR cases should be (or should have been) resolved.