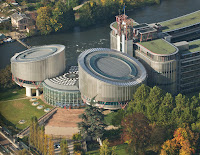 Dear readers, it is my pleasure to introduce another guest post by one of this blog's regular commentators, Kanstantsin Dzehtsiarou, of the University of Liverpool. He has written a comment on the final report on the long-term future of the Court, an intergovernmental process in which he has been involved as an ad-hoc expert. For all updates and relevant texts on the continuing reform process, one can consult this page on the Council of Europe's website.

A bird in the hand is worth two in the bush: reform of the European Court of Human Rights
Kanstantsin Dzehtsiarou

The Steering Committee for Human Rights (CDDH) has recently published a revised draft of the final report on the longer-term future of the Convention system. The report appears to be quite conservative in its tone and tries to preserve the Strasbourg system rather than to call for any reforms. On the one hand, it supports incremental changes of the system through the fine-tuning of the new procedures provided by Protocol 14 and the incoming Protocol 15. On the other hand, it does not respond to more fundamental challenges that the Court is facing such as its declining ability to protect human rights in Europe effectively.

This report is the outcome of the long and very inclusive work of the drafting group F of the CDDH on the reform of the Court. This drafting group was established to conduct preliminary work outlining the need for further reforms. its task was to audit the European Court of Human Rights (ECtHR) and suggest whether any further reforms are needed. The Committee of Ministers of the Council of Europe would then decide if any amendments to the Convention through new Protocols are appropriate. The process that led to this report was unprecedented - the Council of Europe made an open call for suggestions of the possible avenues for reform and everyone could submit his or her proposals. Although this call has resulted in a high number of submissions, their quality has varied substantially.

Some of the suggestions from the open call were considered by the experts of the CDDH who then identified key problematic areas in the functioning of the ECtHR: national implementation of the Convention, the authority of the Court, the execution and supervision of judgments, and the place of the Convention mechanism in the European and international legal order. It seems that these areas are indeed crucial in ensuring the Court’s sustainability. The proposals made by the CDDH in these key areas are briefly discussed here.

The CDDH found that the authority of the Court is mainly challenged due to its huge caseload and the quality of its case-law broadly understood. As to the former, the CDDH notes that the number of applications to the Court has decreased in the last couple of years. This news is not necessarily good. The negative publicity for the Court generated in some states in addition to the extremely high number of inadmissible or not even registered applications has undermined the enthusiasm of potential applicants for the Convention. Even applicants with genuine and serious human right issues might no longer apply to the Court. Of course, it is true that justice delayed is justice denied but the speed of procedures has to be carefully balanced against the raison d'être of the Court and the Convention, namely protection of human rights in Europe. The Brighton Declaration has suggested the time frame within which the ECtHR should deal with its cases: one year from introduction to communication and two years from communication to judgment on merits. At the same time the budget of the ECtHR has not been increased appropriately to handle these time periods. The annual budget of the Court is below 70 million euros. In comparison, the annual budget of the Court of Justice of the European Union with its much lighter docket of cases is more than 350 million. One should bear in mind that the ECJ does not have to deal with cases originating from such states as Russia, Ukraine, and Serbia which are responsible for a substantial part of backlog of the ECtHR. If the member states really wish the Court to become more effective, an increase of its budget is an absolute necessity.

According to the CDDH,  the quality of the case-law of the ECtHR is instrumental for the continuing authority of the Court. Here the experts of the CDDH considered improving the quality of the judges of the ECtHR, the quality of its registry and the consistency and coherence of the reasoning of the Court. For example, the issue of the election of judges was discussed and in the last decade the rigor and transparency of selecting of the candidates for the judicial positions at the level of the Council of Europe has improved substantially. Having said that, the key challenge for the quality of judges is at the national level and the CDDH and the Council of Europe in general has very limited capacity to impact on domestic decisions. None of the more radical changes were endorsed either due to the financial implications or due to the implications on the speed of the procedures under the Convention. One of the more far-reaching proposals is to ensure erga omnes effect of the judgments, meaning that the ECtHR judgments are not only binding on the respondent state but also on all other Contracting Parties. It will be hard to persuade the Contracting Parties to accept this proposal, but it could be transformed into a suggestion to formally inform the Contracting Parties about the important cases of the ECtHR. This suggestion was not supported by the CDDH.

It is true that the States’ proper implementation of the judgments of the ECtHR is the key to its authority and reputation. However, the CDDH acknowledged that those cases which are problematic in terms of execution cannot be implemented through any new formal procedures. The CDDH suggests that an ad hoc approach should be maintained meaning that the Committee of Ministers will have to develop strategies of execution on a case-by-case basis. Perhaps this is a sensible approach. However, the Department of Execution of Judgments needs appropriate resources to facilitate new demands. The number of lawyers working in this Department is just not adequate to deal with the growing number of cases required supervision.

Finally, the CDDH has discussed the place of the Convention in the European and international legal orders. This section is very brief and does not say much beyond the fact that interaction between the European Convention and other parts of the Council of Europe is unproblematic and interaction between the ECHR and other instruments of international law should be further examined.

Overall, the report mostly preserves the status quo. The key message of the post is that the Court is continuing business as usual. While the open call for proposals of the Council of Europe is an undoubtedly progressive and positive step, the fact that almost none of these proposals were expressly supported questions the effectiveness of the procedure. The report is very cautious and does not support any revolutionary ideas even those which would require limited amendments to the Convention and limited implications to the allocation of the resources. One can disagree about whether there is any need for more fundamental changes to the system and what the results of these changes might be. But what is absolutely clear is that the Court and the Department of Execution require more resources to serve their functions efficiently and effectively.
Geplaatst door Antoine Buyse