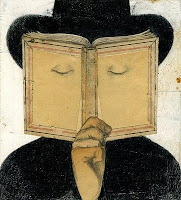 Please find below a number of ECHR-related academic publications of the past few months:

* Sietske Dijkstra, 'The Freedom of the Judge to Express his Personal Opinions and Convictions under the ECHR', pp.1–17:

The freedom of the judge to express his personal opinions and convictions is limited by his special position. The question arises where these limits lie: what are the possibilities for judges to express their personal views on religious, political or other subjects, whether it is through speech, writing, wearing religious symbols or membership of an association or church? In this article the limits of the freedom of the judge will be studied as they appear from the case law of the ECtHR. Two types of cases from this case law are relevant for this subject: cases based on complaints from judges about a violation of their rights under Article 9-11 ECHR and cases based on complaints from litigants and suspects about a violation of their right to a fair trial under Article 6(1) ECHR. The question is asked how the limits of judicial freedom are defined in the case law of the ECtHR and where these limits lie.

This article discusses to what extent and how the European Court of Human Rights (ECtHR) has initiated and engaged in domestic judicial reforms. It shows that the judgments of the Strasbourg Court, rather than having effects only with respect to the individual whose rights have been violated, have much deeper structural effects in the design and operation of domestic judicial systems. This article argues that this phenomenon goes rather unnoticed, but it has deep implications for both the developing and developed European democracies. To demonstrate this phenomenon, this article assesses the impact of the ECtHR on three judicial design issues. First, it illustrates how the ECtHR has challenged the role of the advocates general. Second, it explains how the ECtHR has gradually curbed the jurisdiction of military courts both over civilians and over military officers, which has brought these courts to the brink of their abolition. Finally, it outlines how the ECtHR in its judgments regarding the disciplining of judges empowers the judiciary at the expense of other political institutions within the State. Based on the analysis of these three judicial design issues, we conclude that the Strasbourg Court is affecting the internal architecture of domestic judiciaries as it gradually endorses the unification of court administration and changes the power structures within the judiciary.

Protocol 16 to the European Convention on Human Rights (ECHR) introduces a mechanism enabling certain domestic courts to seek advisory opinions from the European Court of Human Rights (ECtHR) as part of broader reform efforts to enhance the efficiency and legitimacy of the Court. This article provides an overview of the functioning of the Court’s new advisory capacity, explains the context of the initiative and gives examples of its intended implementation at the national level. While the new tool was primarily designed to enhance the relationship between national courts and the ECtHR, the recent opinion of the Court of Justice of the European Union (CJEU) on the accession of the European Union (EU) to the ECHR has revealed a rather unexpected dimension of the mechanism contained in Protocol 16. The CJEU declared the Draft Accession Agreement unlawful, inter alia, due to an alleged threat posed by the advisory mechanism to the autonomy of EU law and its possible interference with the preliminary ruling procedure before the CJEU. In this article, the merits of these arguments are also examined.

* Lize R. Glas, 'The European Court of Human Rights’ Use of Non-Binding and Standard-Setting Council of Europe Documents', pp. 97-125:


In many judgments, the European Court of Human Rights lists relevant international materials and, in some of those judgments, it uses these documents when determining whether the European Convention on Human Rights has been violated. These materials are often non-binding and standard-setting documents that originate in the Council of Europe (CoE), the Court’s organizational framework. This article analyses the Court’s practice of using such documents, based on a sample of 795 judgments. The analysis serves to provide an answer to the questions of how and why the Court refers to and relies on these documents. More specifically, the article describes the number of judgments and the importance of the judgments in which the Court cites a CoE document, as well as the type of organs and the different documents cited. The analysis continues with a description of the part in which the Court’s determination on the question of a violation the CoE documents appear and also addresses the purposes for which the Court seems to use the materials. Lastly, insight is provided into the relevance of the documents to the Court’s reasoning and explanations are given for why the Court does, or does not, follow the standards formulated in a document.

* Kai Ambos, 'The Crime of Genocide and the Principle of Legality under Article 7 of the European Convention on Human Rights', pp. 175-186:


In Vasiliauskas v Lithuania the Grand Chamber of the European Court of Human Rights (ECtHR) delivered a fundamental judgment concerning the general question as to how new regimes should deal with grave human rights violations which occurred under the former regime. The question was further aggravated by the fact that the former regime was the then Soviet occupation force in the territory of the Baltic states and the new regime (Lithuania) came into existence with the dissolution of the former Soviet Union as one of the many consequence of the fall of the Berlin Wall. The applicant worked for the Soviet secret service at the time and killed, in 1953, two members of the Lithuanian partisan movement. He was convicted of genocide by the Lithuanian domestic courts. The Grand Chamber held, with a slim majority of nine to eight votes, that this conviction violated Article 7 of the European Convention on Human Rights (ECHR). After a summary of the main arguments of the majority and minority opinions in Section 2, the article will, in Section 3, consider five problems: the peculiar structure of the genocide offence, the concepts of ‘foreseeability’ and ‘genocide’, the concepts of ‘national groups’ and ‘armed resistance movement’, the role of judicial interpretation and last, but not least, the general role of international courts in the treatment of such sensitive events of the past.

And the June issue of the same Review (No. 2) includes:

* Başak Bağlayan and Johannes Hendrik Fahner, '‘One Can Always Do Better’1: The Referral Procedure before the Grand Chamber of the European Court of Human Rights', pp. 339-363:


The referral procedure provided for by Article 43 of the European Convention on Human Rights allows a rehearing of cases by the Grand Chamber of the European Court of Human Rights after delivery of a Chamber judgment. The widely criticized procedure was adopted as a political compromise between the proponents of two-tier review and those who considered that a single instance review should suffice. This article discusses how the Court has conducted its review under Article 43. It analyses the judgments issued upon referral in order to identify whether the Court understands the referral procedure as a de novo consideration of the entire case or as a more restricted appeal against the Chamber judgment. It is concluded that the Grand Chamber’s jurisprudence combines elements of both approaches, which leaves the function of Article 43 unclear.

And then, finally, a number of other readings:

* Oddný Mjöll Arnardóttir. 'The “procedural turn” under the European Convention on Human Rights and presumptions of Convention compliance', International Journal of Constitutional Law, vol. 15, no. 1 (2017) pp. 9-35:

The literature on the “procedural turn” in the case-law of the European Court of Human Rights (ECtHR) is divided on the question of whether positive inferences from due procedural diligence at the national level can go so far as to bar the Court’s own normative engagement on the issue in question (complete deference). After giving a conceptual clarification of the procedural turn and the margin of appreciation doctrine, this article reports a case law analysis which establishes that while the ECtHR increasingly relies on the quality of domestic procedures under the systemic element of the margin of appreciation, this usually only leads to partial deference as the Court also engages in its own normative assessment on the merits of the case. Interestingly, however, the case-law analysis also brings three distinct lines of case law to light (the “fourth instance doctrine”, legitimate aims behind limitations on rights, and balancing rights) where the systemic margin of appreciation has been relied upon to create rebuttable presumptions of European Convention on Human Rights compliance, which can effectuate complete deference on certain elements of assessment. The article concludes with some critical comments on complete deference on the proportionality assessments traditionally considered to be at the heart of the Court’s own judicial task.

* Anne Wijffelman, 'Child marriage and family reunification. An analysis under the European Convention on Human Rights of the Dutch Forced Marriage Prevention Act', Netherlands Quarterly of Human Rights, vol. 35, No. 2 (2017):

The Dutch Forced Marriage Prevention Act aims to prevent family reunification of so-called child brides with their husbands in the territory of the Netherlands by no longer recognizing child marriages concluded abroad as legal marriages. Although it can be argued that the Netherlands has an obligation not to recognise a child marriage concluded abroad, it is disputable whether the Forced Marriage Prevention Act is in line with other human rights obligations. This article analyses whether the rights of child brides are violated under Articles 8 and 3 of the European Convention on Human Rights, if their family reunification application is denied. Although the minor spouse is most likely residing outside the territory of the Netherlands, a family reunification procedure brings her nevertheless within its jurisdiction, and as such within the sphere of the European Convention on Human Rights.
Geplaatst door Antoine Buyse