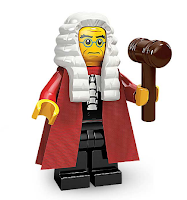 
This still may not satisfy everyone, but it at least come along some of the road. As the court indicated in its press release, it has to "strike a balance between addressing a legitimate concern about the lack of individualised reasoning and maintaining an efficient process for handling inadmissible cases so as not to divert too many resources from examining potentially well-founded cases." The very fact that this is now possible, should be a good sign.
Geplaatst door Antoine Buyse