Article on Constitutionalization of ECHR 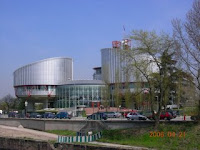 Wojciech Sadurski of the European University Institute posted a working paper on SSRN last week entitled 'Partnering with Strasbourg: Constitutionalization of the European Court of Human Rights, the Accession of Central and East European States to the Council of Europe, and the Idea of Pilot Judgments'. It contains interesting thoughts on the connection between pilote judgments and a more constitutional role for the European Court of Human Rights. Here is the abstract:

The accession of Central and East European States into the European Convention of Human Rights system was both a threat and a promise to the system. The threat resulted not only from the substantial increase of the number of Member States and that of the case-load, but also from the demise of a consensus which was, originally, presupposed by the system of protection of human rights in Western Europe: original members of the Council of Europe were "like-minded" and the Convention system did not represent a challenge to their internal apparatus of human rights protection. This paper, however, focuses on a promise: a possibility for the European Court of Human Rights to abandon once and for all the fiction of it being merely a sort of super-appellate court which scrutinizes individual decisions rather than laws in Member States. This shift towards a quasi-constitutional role, going beyond the simple identification of wrong individual decisions so as to point to systemic legal defects, was triggered by systemic problems within the new Member States, while also facilitated by collaboration between the European Court and national constitutional courts. The emergence of so-called "pilot judgments" is the best and most recent illustration of this trend. The way in which a national court may form a de facto alliance with the European Court effectively "pierces the veil of the State", and positions the European Court as a quasi-constitutional judicial body at a pan-European level.