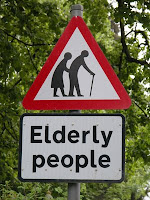 The regulation of advertising for political parties on television is an issue hotly debated in many countries. In Norway there is a complete ban on such advertising. Thus when a local television station (TV Vest) broadcasted adverts for the Pensioners Party, it was fined. Both TV Vest and the Pensioners Party lodged a complaint in Strasbourg and the Court found in their favour: Article 10 ECHR (the freedom of expression) had been violated, according to the Court in its judgment last week in TV Vest AS & Rogaland Pensjonistparti.

Interestingly, Norway defended the ban on the grounds that allowing advertising would allow powerful financial groups to market their opinions. The Court noted, however, that the ban in this case had the opposite effect by precluding any advertising for a party which barely got mentioned in TV programmes or the news. Therefore, advertising was the only way to convey its message to voters on TV. The Court also mentioned that the adverstiement at issue was descriptive and a mere call to vote. The Court also considered that no particular sensitivities were at play (such as in the case of religious advertising in the Irish context in the case of Murphy of 2003) and that it could not be supported that there was no alternative to a blanket ban. Societal context thus appears particularly important. The Court found that neither the ban nor the fine had been "necessary in a democratic society". The judgment contains a concurring opinion by Judge Jebens.