Laundry and the Scope of Article 6 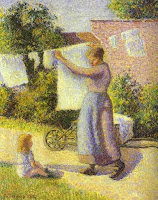 When in 1985, a Maltese woman was hanging some laundry from her window above the courtyard of her downstairs neighbour, she would never have guessed that the ensuing dispute would lead - years after her death - to a judgment by the Grand Chamber in far-away Strasbourg. Yet, that is exactly what happened earlier this month as the European Court handed down its judgment in the case of Micallef v. Malta (Appl.no. 17056/06). It found a violation of the right to a fair trial, just as a section of the Court found last year. The main reason was that one of the judges in the domestic proceedings was close family of the lawyer of the other party in the dispute.

But the key issue in this Grand Chamber case can be found in a new approach to the scope of the "civil limb" of Article 6 ECHR, which does not cover all judicial proceedings but only those that relate to criminal chargers and civil rights and obligations. The line of the Court thus far was that interim measures such as injunctions did not fall within the scope of Article 6. However, in this judgment the Grand Chamber adopted a new approach, pointing to a widespread consensus in Europe (including the position of the ECJ!) and to the reality that in many cases interim measures "will often be tantamount to a decision on the merits of the claim for a substantial period of time." Thus the European Court considered it justified to hold that Article 6 covers interim measures, but depending on certain conditions. In order not to distort the very detailed reasoning of the Court (on which a few of the dissenters disagree by the way), I quote them here in full:

85. Second, the nature of the interim measure, its object and purpose as well as its effects on the right in question should be scrutinised. Whenever an interim measure can be considered effectively to determine the civil right or obligation at stake, notwithstanding the length of time it is in force, Article 6 will be applicable.

86. However, the Court accepts that in exceptional cases - where, for example, the effectiveness of the measure sought depends upon a rapid decision-making process - it may not be possible immediately to comply with all of the requirements of Article 6. Thus, in such specific cases, while the independence and impartiality of the tribunal or the judge concerned is an indispensable and inalienable safeguard in such proceedings, other procedural safeguards may apply only to the extent compatible with the nature and purpose of the interim proceedings at issue. In any subsequent proceedings before the Court, it will fall to the Government to establish that, in view of the purpose of the proceedings at issue in a given case, one or more specific procedural safeguards could not be applied without unduly prejudicing the attainment of the objectives sought by the interim measure in question.

Another point, again emphasized in some of the dissents, is whether such a trivial case merits consideration by the European Court and whether the applicant, the brother of the deceased protagonist in the case, was a victim himself. Well worth reading also in the context of the discussion to what extent the system offers venues for proceedings which resemble an actio popularis.
Geplaatst door Antoine Buyse