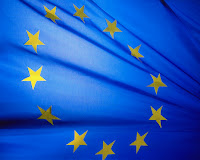 The Lisbon Treaty which will reform the European Union will, after the final signature of the Czech president, enter into force in December. One of the innovations is the possibility for the EU to accede to the European Convention on Human Rights. Lluís Maria de Puig, the President of the Parliamentary Assembly of the Council of Europe (PACE), welcomed this development last week. He expressed the hope that accession would be a priority for the EU:

"As from next month, the 27-member EU will be in a position to become more democratic, more transparent and more effective. First and foremost, however, the entry into force of the Lisbon Treaty will afford the EU an opportunity to strengthen the principle of legal certainty by acceding to the ECHR of the Council of Europe, so that the actions and decisions of EU institutions will be subjected to the same external scrutiny as those of the member states.

Although there is now broad support for this accession, it is important that the declarations of intent swiftly be matched by deeds. As our Assembly recently pointed out, accession will convey a strong message of a clear commitment to the protection of human rights not only within the boundaries of the European Union but also Europe-wide, in keeping with the community of values shared by the Council of Europe and the European Union.

From now on, the preparations for accession must be top of the agenda in discussions between the two organisations."

However, the other end of the equation should not be forgotten: it is Protocol 14 to the ECHR which provides for EU accession. As readers of this blog will know, this Protocol still awaits its last ratification by the Russian Federation. Would the prospect of making the EU more accountable for human rights violations be a reason for the Russian Duma to look more postively at Protocol 14? In any event, Protocol 14-Bis, which was meant to increase the speed of reforms of the Court does not contain the EU accession provision from Protocol 14. No help can thus be expected from that side. EU and ECHR - never the twain shall meet?
Geplaatst door Antoine Buyse