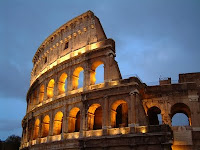 Earlier this week, Christos Pourgourides , rapporteur of the Parliamentary Assembly of the Council of Europe (PACE) on the implementation of judgments of the European Court of Human Rights, visited Italy. In his talks with government officials he specifically addressed an issue all too familiar for Strasbourg watchers: the excessive length of judicial proceedings in Italy. In the past this led to a very large amount of Court judgments finding violations of Article 6 ECHR (right to a fair trial within a reasonable time). Here are some excerpts from the press release:

Mr Pourgourides called upon members of the Chamber of Deputies and the Senate, representing both the ruling party and the opposition, to act together to adopt all the necessary measures to speed up criminal and civil proceedings. The rapporteur also invited Italian parliamentarians to establish within the Parliament a committee to monitor the implementation of European Court judgments, and was assured that they would do so. During the visit, Mr Pourgourides also met the Prosecutor General and judges of the Supreme Court, as well as a number of other officials, to discuss problems with the implementation of the Strasbourg Court’s judgments.

This is the third in a series of visits by the same rapporteur aimed at mobilising parliamentary support in states where delays or other difficulties in implementing judgments of the European Court of Human Rights have arisen. The rapporteur has previously undertaken similar visits to Bulgaria and Ukraine, and will later travel to Greece, Moldova, Romania, the Russian Federation and Turkey.

Such a dialogue, provided adequate follow-up is given to it, is essential in strengthening the enabling environment for the European Convention on which I wrote here last week. A post on Mr Pourgourides' earlier report on the general issue of failing implementation of judgments can be found here.
Geplaatst door Antoine Buyse