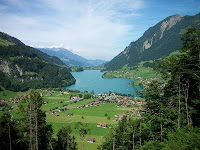 A number of leading human rights NGOs have just issued a joint statement on the Interlaken Process, on which I reported earlier here. The statement is entitled 'Human rights in Europe: Decision time on the European Court of Human Rights'. This is the full text, which can also be found in pdf-version here:

The system for the protection of human rights in Europe is under scrutiny. States are examining the European Court of Human Rights. At a Conference in February 2010 they will take decisions which could bring welcome reform to relieve the Court’s backlog of cases. Conversely, the decisions taken could undermine a body that has provided redress for the victims of human rights violations in Europe for 50 years.

People in Europe (future applicants to the Court) have an interest at least equal to that of the states in ensuring the long-term effectiveness of the Court. States should therefore inform the public about the debates and consult civil society in the lead-up to the Conference and throughout the reform process which follows it.

47 states in Europe have agreed to be bound by the European Convention on Human Rights. States’ respect for the Convention rights of some 800 million people is monitored primarily by the European Court of Human Rights, based in Strasbourg. The Court makes binding judgments in cases where individuals claim that their Convention rights have been violated and that the state has not granted redress. The implementation of the Court’s judgments is supervised by the Committee of Ministers, representing all 47 Council of Europe states.

Enhanced respect for human rights by the 47 Council of Europe member states must remain the priority -- in more than 80 per cent of its judgments, the Court has ruled that the European Convention on Human Rights had been violated. If states complied with their clearly established obligations under the Convention, the
number of applications to the Court would be significantly reduced. The Court faces difficult challenges in light of its resources, as a result of the enormous number of individual applications being lodged (nearly 50,000 application forms in 2008), coupled with the backlog of cases pending before it (more than 110,000).

The European Court of Human Rights must be a strong Court, accessible to individuals claiming violations of their Convention rights when they have had no effective redress domestically. It should be a Court which will give a reasoned decision on whether a case is admissible, or a reasoned judgment on the merits of a case, without undue delay. The Court should be given the resources by states to function properly, and not at the expense of other Council of Europe human rights mechanisms.

WHAT CHANGES ARE NEEDED?

National Human Rights Protection
States must take concerted action to ensure greater respect for human rights and must provide effective domestic remedies when rights are violated. Better implementation of the Convention at national level would mean greater respect for human rights throughout Europe and would reduce the need for individuals to apply to the Court for redress. Fewer cases would be sent to the Court if states implemented the Court’s judgments by providing effective remedy and reparation and by taking steps aimed at ensuring the violation is not repeated, and if states implemented not only judgments against them, but also standards developed in all relevant judgments against other states. There would also be fewer cases brought about issues on which the Court has already clarified how the Convention should be applied (half of the Court’s judgments in the past 50 years are on “repetitive” cases).

Reform of the Court
Any reforms to the European Court of Human Rights should ensure that:
· the fundamental right of individual petition is preserved and not further curtailed;
· there is an efficient, fair, consistent, transparent and effective screening of applications received, to weed out the very high proportion (around 90 per cent) of applications that are inadmissible under the current criteria;
· judgments are given within a reasonable time, particularly in cases where time is of the essence, or that raise repetitive issues where the Court’s case law is clear and those that arise from systemic problems;
· the Court is given adequate financial and human resources, without adversely impacting the budgets of other Council of Europe human rights mechanisms and bodies;
· solutions to the problems faced by the Court, including the varied reasons for inadmissible applications, are devised on the basis of informed analysis, transparent evaluation of both the root of the problems and recent and future reforms.

The Committee of Ministers
The role of the Committee of Ministers in supervising states’ implementation of the Court’s judgments needs to be strengthened, not weakened. Its methods should be further developed and, when needed, the political pressure of the Committee must be brought to bear. The Department of Execution of Judgments, which assists with this task, urgently needs reinforcement. What is needed is political will. Political will by the 47 Council of Europe states to respect the European Convention on Human Rights, to ensure effective domestic remedies for violations of Convention rights, to
implement and ensure the implementation of the Court’s judgments and to adequately resource the European Court of Human Rights and the Department of Execution of Judgments. We note the recent Opinion by the Committee of Ministers’ Steering Committee for Human Rights, the reflections of the Court’s President and earlier proposals by the Group of Wise Persons and Lord Woolf.

We support proposals:
· to help potential applicants to the Court to be better informed about admissibility criteria;
· aimed at ensuring better implementation of the European Convention on Human Rights by states, such as improving domestic remedies or establishing effective ones where none exist; ensuring translation and dissemination of the Court’s case law and the screening of legislation for compliance with the Convention;
and involvement of both national Parliaments and human rights institutions in this endeavour;
· guaranteeing a high standard of expertise and independence of the Court’s judges, selected in inclusive, comprehensive and transparent processes;
· to address the case backlog effectively through short-term measures;
· to enhance resources and methods related to the Committee of Ministers supervision of implementation of judgments

We oppose proposals:
· that would undermine the accessibility of the Court such as charging applicants fees, or adding new, more restrictive admissibility criteria. Lack of funds should never be an obstacle for bringing an application before the Court;
· that would give the Court discretion to decide on which admissible cases it renders judgment;
· that would lessen the powers of the Committee of Ministers and the Department of Execution of Judgments to supervise the implementation of Court judgments.

Further reflection is needed to address concerns about proposals:
· to permit national courts to request Advisory Opinions from the European Court of Human Rights;
· to simplify the procedures for amending Convention provisions relating to the Court’s operating rules and procedures.