Last Post of the Year: Fox Hunt, Protocol 14, and More 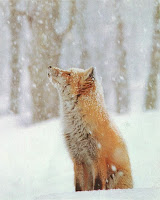 Dear readers, at the end of this year a final post with a miscellany of issues. First, the Court's site offers a range of new features to make its case law more easily accessible. An important innovation is the translation of key judgments in over ten languages (to be found through HUDOC) More information on this can be found here. That same page also contains a host of links to online translated collections of case-law in many more languages by non-ECHR sites. Another great innovation is that it is now finally possible to search on HUDOC for judgments by the Grand Chamber, ordinary chambers and committees. Finally, a list of keywords to search HUDOC more effectively is upcoming. And for another way of keeping updated, several RSS feeds have been added here. All of this will hopefully help the often mentioned implementation of the ECHR at the national level.

Secondly, under the new Procedure of Protocol 14-Bis, the first judgments have been adopted by three-judge committees. This should pave the way for a more efficient handling of cases. Whereas until now, such committees could only declare cases inadmissible, they can now also issue judgments on the merits in cases dealing with issues on which there is well-estalbished case-law. In the first place, one can think here of repetitive judgments. the first of these judgments, Kressin v. Germany (Appl.no. 21061/06) and Jesse v. Germany (Appl.no. 10053/08) will be published online today and deal, not surprisingly perhaps, with complaints on the excessive length of judicial proceedings. The entry into force of that other Protocol, 14, might be very near, as the Council of Europe reports that the Russian Duma has agreed to resume the procedure for Protocol 14 ratification. See also the report of Julien Frisch, over at Watching Europe.

Thirdly, the newest issue of the Göttingen Journal of International Law (vol. 1, No. 3) has just been published and contains amongst others 'When Soering Went to IraqŠ: Problems of Jurisdiction, Extraterritorial Effect and Norm Conflicts in Light of the European Court of Human Rights Al-Saadoon Case', by Cornelia Janik and Thomas Kleinlein. This is the abstract:

In its admissibility decision in the Al-Saadoon case the ECtHR held that the United Kingdom had jurisdiction over the applicants, who had been arrested by British forces and kept in a British-run military prison in Iraq. Just before the respective mandate of the Security Council expired on 31 December 2008, the applicants were transferred to Iraqi custody at Iraqi request and thereby exposed to the risk of an unfair trial followed by capital punishment. The authors trace back the ECtHR's case law concerning the extraterritorial application of the Convention and establish patterns how the ECtHR and the UK Courts did cope in the past with international law norms potentially competing with the Convention.

Finally, for a case that could qualify as one of the funniest of the year, as a kind of Christmas treat from Strasbourg, I can recommend the admissibility decision in Friend and Countryside Alliance and others (Appl.nos 16072/06 and 27809/08) of last week. In this decision, the Court dismissed the complaints of a group of hunters and others about the British ban on hunting with hounds (on foxes and other animals). The Court held in this decision that a person's hunting grounds do not fall within the concept of home nor can the huntng community be seen as an ethnic community. The Court was not of the view that (para. 44) "that hunting amounts to a particular lifestyle which is so inextricably linked to the identity of those who practise it that to impose a ban on hunting would be to jeopardise the very essence of their identity."

I wish all of you a very good holiday season and an excellent 2010, with hopefully an improved human rights situation in Europe and around the world!
Geplaatst door Antoine Buyse