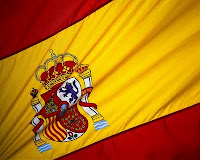 This week, the Court gave an important judgment on the treatment of minorities by ECHR state parties. In the case of Munoz Diaz v. Spain (Appl.no. 49151/07) the Court held that Article 14 (prohibition of discrimination) in conjunction with Article 1 of Protocol No. 1 (protection of property) had been violated. In the 1970s she married according to Roma rites, but the marriage was not registered in the Civil Register. When her husband died in 2000, she applied for a survivor's pension, but was refused on the ground that she had not been married according to the law. She complained in Strasbourg that this was a form of discrimination of the Roma marriage. The Court took into account that the authorities had always recognised Munoz Díaz, her spouse, and their children as a family. The Court did not only take into acocunt her good faith in believing previosuly that the authorities recgonised her marriage, but it also emphasized that (paras. 56-57):

The importance of the beliefs that the applicant derives from belonging to the Roma community – a community which has its own values that are well established and deeply rooted in Spanish society. The Court observes, in the present case, that when the applicant got married in 1971 according to Roma rites and traditions, it was not possible in Spain, except by making a prior declaration of apostasy, to be married otherwise than in accordance with the canon-law rites of the Catholic Church. The Court takes the view that the applicant could not have been required, without infringing her right to religious freedom, to marry legally, that is to say under canon law, in 1971, when she expressed her consent to marry according to Roma rites.

The Court takes the view that the force of the collective beliefs of a community that is well-defined culturally cannot be ignored. (my emphasis)

The Court observes in this connection that there is an emerging international consensus amongst the Contracting States of the Council of Europe recognising the special needs of minorities and an obligation to protect their security, identity and lifestyle (see ... in particular the Framework Convention for the Protection of National Minorities), not only for the purpose of safeguarding the interests of the minorities themselves but to preserve a cultural diversity that is of value to the whole community

The reference to an emerging consensus is taken from the 2001 Chapman judgment, but the Court omits - and I think this is remarkable - the consideration which followed in the Chapman case (para. 94): "However, the Court is not persuaded that the consensus is sufficiently concrete for it to derive any guidance as to the conduct or standards which Contracting States consider desirable in any particular situation. The framework convention, for example, sets out general principles and goals but the signatory States were unable to agree on means of implementation." By contrast, in Munoz Diaz the Court appearantly takes the position that such consensus on minority rights as reflected in the Framework Convention is sufficiently clear to derive guidance from. It notes (para. 64) that "under the Framework Convention for the Protection of National Minorities, the States Parties to the Convention are required to take due account of the specific conditions of persons belonging to national minorities." This seems a stronger position than in Chapman in which the Court held that belonging to a minority (para. 96) "may have an incidence on the manner" on the way in which laws are implemented. Should we conclude that the Court is prepared to take more account of the culture of well-estabblished minorities? After all, it emphasizes in Munoz Díaz that the Roma have a culture that is "well established and deeply rooted in Spanish society." It may be too early too say, but Munoz-Díaz may become the first in a line of cases.

One judge, Myjer, dissented, and it is very worthwhile to read his dissent which does not go so much into the question of specific Roma culture, but more into questions of deviation from earlier case-law on marriage and into whether the Court's line of reasoning was necessary in the first place.
Geplaatst door Antoine Buyse