Article on FMG, the Netherlands and the ECHR 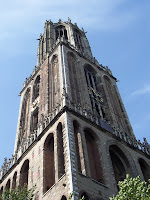 My Utrecht colleague from the institute of criminal law, Renée Kool, has just published 'The Dutch approach to female genital mutilation in view of the ECHR. The time for change has come' in the latest issue of the Utrecht Law Review (Vol. 6, No. 1, 2010). This is the abstract:

Worldwide female genital mutilation (FGM) is acknowledged as a serious violation of human rights which needs to be actively combated. However, in Europe France has been the only state to have prosecuted cases of FGM: until 2007 37 cases were tried. As for the Netherlands, (assumingly) FGM is practised on a relatively small, but regular basis. Nevertheless, no cases have been prosecuted; moreover, there have few reports of (alleged) FGM to the Centre for Advising and Reporting on Child Abuse. For the past decade the Dutch Parliament has urged the Dutch government to develop a more robust policy towards FGM, including intervention by the criminal justice system. However, to date the Dutch government has opted for a policy focusing on prevention and medical/social assistance, including a preference for a (non-)statutory reporting code. Recommendations to introduce mandatory reporting, in order to enable the transfer of information needed to enable the criminal justice authorities to intervene, have been turned down. In doing so the Dutch government is neglecting the positive obligations embedded within the case law of the European Court of Human Rights (ECtHR), prescribing that states should offer adequate and effective protection against serious forms of ill-treatment (article 3 ECHR) and/or serious violations of physical integrity (article 8 ECHR), especially to vulnerable persons. Moreover, according to the ECtHR in cases of serious violations, intervention by the criminal justice system is indicated. Thus, retaining a policy which provides no guarantees for the transfer of information needed to provide for effective and adequate protection results in a potential violation of the ECHR by the Dutch government. There is an urgent need for a change of policy. Moreover, as a result of the consistent political pressure by Parliament, the Dutch government has taken a recent interest in the way in which the French handle FGM. However, as legal and cultural conditions differ, copying the French policy is not an option. Nevertheless, there is one step that the Dutch should take: the introduction of mandatory reporting of FGM.