Article on Russia and the ECHR 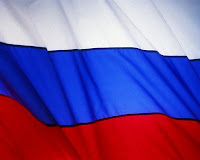 The newest issue (volume 2-2, 2010) of the online journal Göttingen Journal of International Law has been put online. It includes an article entitled 'The Russian Federation, Protocol No. 14 (and 14 bis), and the battle for the soul of the ECHR', by Bill Bowring. This is the abstract:

With a focus on the Russian Federation, this article examines the adoption by the Council of Europe of Protocol No.14 to the European Convention on
Human Rights (ECHR), and its long-delayed coming into force. The author starts with the question of the original object and purpose of the Council, and how they have now changed. This leads to an analysis of the nature of the crisis – a crisis of success – now faced by the ECHR system, and the reform process which started, on the 50th anniversary of the ECHR, in 2000. After describing Protocol No.14 itself, and the discussion which has surrounded it, the article turns to the central issue. This is not the question of procedural reform, or even admissibility criteria, but what lies behind – the “soul” of the ECHR system. Should the Strasbourg Court remain a court which renders “individual justice”, albeit only for a handful of applicants and with long delays; or should it make become a court which renders “constitutional justice”? The article focuses on the specific problems faced by Russia in its relations with the Council of Europe; and an analysis of the lengthy refusal by the Russian State Duma to ratify Protocol No. 14. The author concludes with an attempted prognosis.