Legitimacy of Human Rights Review at the ECtHR 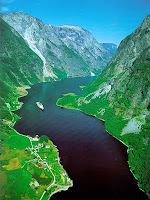 The literature concerning judicial review reveals a long list of misgivings of such constraints on domestic democratic decision making. Of concern here are some of the principled objections against the practice of international judicial review of human rights, using the European Court of Human Rights (ECtHR) as a suitable case. This court monitors the European Convention on Human Rights (ECHR), and is among the most powerful treaty-based courts. Still, the ECtHR respects States’ discretion in the form of a "Margin of Appreciation." And it exercises what is sometimes referred to as "weak" review. That is: the ECtHR can find a law or its application to be incompatible with the ECHR, but this does not directly affect the validity of that law in the domestic legal system. Nor does the ECtHR replace such laws with one of its own making, as some forms of "strong" judicial review would.When we ask about the normative legitimacy of such laws, treaties, and bodies, different theories will approach the matter quite differently. The presentation of objections to such international review and responses to them show the implications of different ways to bring normative requirements to bear on institutions. To bring this out, the focus is on two main concerns. Such review seems to violate the commitment to political equality expressed by majority rule, and it is thought to rely on a problematic, predatory conception of human nature. Jeremy Waldron, Richard Bellamy, and others have argued these concerns, often from quite plausible normative premises concerning an individual’s sense of justice and the need to avoid domination. Section 1 presents these criticisms. Section 2 then sketches an alternative way to bring normative requirements to bear on institutional design - Liberal Contractualism - which stands in some contrast especially to that of Waldron. Three main features are laid out, to bring out weaknesses in how Waldron and Bellamy use their normative premises to assess a practice or an institution. Central to this liberal contractualism is a particular institutionalist approach, and a concern for trust-building institutions among individuals who are “contingent compliers” with a sense of justice. This account is somewhat more kindly disposed toward international judicial review of human rights, at least in principle. Section 3 then goes back to the criticisms presented in section 1, and considers the merits of each. Section 4 concludes by identifying some of the weak spots in the case for international human rights review as hitherto made.