Less Than 1 Euro Not a Significant Disadvantage 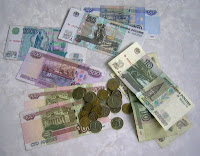 The European Court is continuing to make clear that it will use the new criterion of a lack of a significant disadvantage for applicants (introduced by Protocol 14 ECHR) to declare cases inadmissible. In a July decision in a case called Korolev v. Russia, the applicant complained about his inability to recover 22,50 Russian Roubles (the equivalent of less than 1 Euro!) in court fees.

For the first decision on the new criterion, see my earlier post here. That decision was made by the Third Section of the Court, whereas this - later - Korolev decision came from the First Section. Interestingly, the First Section does not refer at all to the decision of its fellow Section. In addition, its reasoning is more elaborate. In the Korolev decision, the Court elaborates in muc more detail on the lack of a significant disadvantage. Importantly, it emphasizes the importance of context and even the subjective aspects of what a "disadvantage" means to an individual applicant:

The assessment of this minimum level is, in the nature of things, relative and depends on all the circumstances of the case (...). The severity of a violation should be assessed, taking account of both the applicant's subjective perceptions and what is objectively at stake in a particular case. (...) The Court is conscious that the impact of a pecuniary loss must not be measured in abstract terms; even modest pecuniary damage may be significant in the light of the person's specific condition and the economic situation of the country or region in which he or she lives. However, with all due respect for varying economic circumstances, the Court considers it to be beyond any doubt that the petty amount at stake in the present case was of minimal significance to the applicant. The Court is mindful at the same time that the pecuniary interest involved is not the only element to determine whether the applicant has suffered a significant disadvantage. Indeed, a violation of the Convention may concern important questions of principle and thus cause a significant disadvantage without affecting pecuniary interest.

Money can buy more in some situations than others of course! The subjective aspect's influence should not be overestimated, however. The Court found:

The applicant's insistence on the payment of RUB 22.50 by the respondent authority may have been prompted his subjective perception that it was an important question of principle. Although relevant, this element does not suffice for the Court to conclude that he suffered a significant disadvantage. The applicant's subjective feeling about the impact of the alleged violations has to be justifiable on objective grounds. However, the Court does not perceive any such justification in the present case, as the main issue of principle was in all likelihood resolved to the applicant's advantage.

Also in other respects, this decison seems more thoroughly argued than the earlier one. Korolev will be the decision I will use in my teaching to explain the new admissiblity criterion to students.

The fact that the Court highlights such decisions in its press releases seems mainly caused by a desire to signal to both the legal community and the public at large that Strasbourg is not the place to complain about such very minor alleged human rights violations. Put differently, the "significant disadvantage" criterion is used to emphasize Strasbourg's subsidiary role in human rights protection. In the future, the Court will in all probability not reason its inadmissibility decisions for similar applications so elaborately as it did here - otherwise the whole efficiency rationale of the criterion would be lost!
Geplaatst door Antoine Buyse