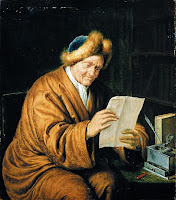 In the week in which the European Convention on Human Rights will turn 60, two recent articles address two very different aspects. The first goes into the fundamental question to what extent the Court can be said to be democratically legitimate. It was writted by Andreas Føllesdal in the Nordic Journal of International Law (Vol. 27-2, 2009) and is entitled 'Why the European Court on Human Rights Might Be Democratically Legitimate: A Modest Defense'. This is the abstract:

According to critics in some of the Nordic countries the bodies that monitor and adjudicate international human rights courts are undermining their own legitimacy by adhering to undemocratic practices. The strongest normative case against the judicial review that such bodies perform could be directed at the European Court on Human Rights (ECtHR), which monitors many wellfunctioning democracies. Section 1 lists normative objections to judicial review in general. Section 2 sketches a normative defense this practice, and Section 3 presents some relevant aspects of the ECtHR. Section 4 returns to consider the various objections. The mandate, composition, institutional environment and mode of operation of the ECtHR renders it immune to several of these criticisms. The conclusion identifies some objections that merit further attention, both for empirical research and for normative analysis.

Secondly, the European Constitutional Law Review (vol. 6, No. 2, 2010) features an article on the Sejdic and Finci judgment of the Court, entitled 'The Strasbourg Court on the Dayton Constitution: judgment in the case of Sejdic and Finci v. Bosnia and Herzegovina', authored by S. Bardutzky.
Geplaatst door Antoine Buyse