Fribourg Conference on ECHR after Protocol 14 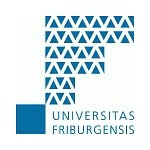 The University of Fribourg in Switzerland is organising a conference on May 4 of this year entitled "The European Court of Human Rights after Protocol 14 - Preliminary Assessment and Perspectives". Speakers include former European Court judges Lucius Caflisch and Luzius Wildhaber and academics and practitioners such as Samantha Besson, Steven Greer, Elisabeth Lambert-Abdelgawad, Philip Leach and others. Participation costs 150 Swiss francs and one should register before 4 April 2011. For information one can email to eleonor.kleber at unifr.ch . This is the abstract of the conference:

After many years of uncertainty, Protocol 14 to the European Convention on Human Rights finally entered into force on 1st June, 2010. It brings about some important and well-known amendments to the European Court of Human Rights’ functioning. Those reforms should help the Court deal with some of the serious difficulties and backlog it has been facing to date. The Protocol also generates its own set of new difficulties, however, as many procedural and substantive issues were not settled by the updated version of the Rules of Court and will have to be addressed in practice. Moreover, as foreseen by certain specialists, many other fundamental reforms are needed to make the Court more effective and a Protocol 15 is allegedly already under consideration.

The present conference has two aims. It aims, first of all, at developing a general assessment of the main improvements to the Court’s functioning one year after the entry into force of the Protocol, but also at identifying some issues where further reforms are needed. A second aim is to examine the Declaration and Action Plan that was adopted on 19th February, 2010 at the Interlaken Conference on the Future of the
European Court of Human Rights and under the Swiss Chairmanship of the Council of Europe. Different measures listed in the Action Plan shall be discussed and suggestions made as to how to best implement them.