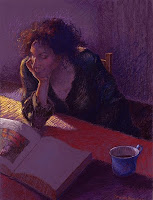 The new year starts with information on two articles from well-known ECHR experts in two even more well-known journals. George Letsas published his article 'Strasbourg's Interpretive Ethic: Lessons for the International Lawyer', in the European Journal of International Law (vol. 21, no. 3, 2010) pp. 509-541. This is the abstract:

The article offers an account of the judicial philosophy which underpins the European Court of Human Rights’ approach to treaty interpretation. The first part argues that Strasbourg's interpretive ethic has been dismissive of originalism and textualism and has favoured instead the moral reading of the Convention rights. The second part of the article explains why Strasbourg's interpretive ethic is fully justified, by offering an account of the nature of treaty interpretation in general. It argues that treaty interpretation is intrinsically an evaluative task in identifying the moral values which normatively constrain the projects that states pursue on the international plane. Treaty interpretation is only derivatively an exercise in discovering drafters’ intentions and in determining the meaning of treaty provisions. Which interpretive methods an adjudicative body should use depends on the nature of the treaty in question and the moral value in play.

And Tom Allen wrote 'Liberalism, Social Democracy and the Value of Property under the European Convention on Human Rights', for the International and Comparative Law Quarterly (vol. 59, no. 4, 2010). This is the abstract:

In most of Europe, expropriation must comply with the standards set under European human rights law. Article 1 of the First Protocol (‘P1-1’) to the European Convention on Human Rights declares that ‘every natural or legal person is entitled to the peaceful enjoyment of his possessions.’ The European Court of Human Rights has stated that the right would be ‘largely illusory and ineffective’ if it did not guarantee full compensation in all but exceptional circumstances. It is quite clear, however, that this was not the belief of at least some of the States that had signed it when it came into force in 1954. P1-1 makes no reference to compensation. An interference must be lawful, and in the public or general interest, but there is nothing that expressly requires compensation. Nevertheless, the Court has declared that any interference with the right to the peaceful enjoyment of possessions must strike a ‘‘fair balance’ between the demands of the general interest of the community and the requirements of the protection of the individual's fundamental rights’, and this means that expropriation without compensation that is reasonably related to the value of the property would normally violate the owner's rights under P1-1.