TV Programme on the European Court 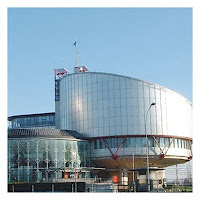 Following the controversy in the United Kingdom on the Court's judgments on voting rights for prisoners, the BBC programme 'The Record Europe' has dedicated an episode to the European Court of Human Rights. It explains the controversy and the role and functioning of the Court. You can watch it on youtube (in two parts) here and here. This is the programme's own announcement:

The Record Europe has been to the European Court of Human Rights in Strasbourg, the institution at the centre of a storm in British politics about prisoner voting rights. Is it a model for the rest of the world, or an institution intent on expanding its reach into the territory of national parliaments and courts?

In his first broadcast interview since the furore, the court's most senior judge, Jean-Paul Costa talks to Shirin Wheeler. In Britain some have called for the UK to ignore the rulings of the Court and leave the Convention on Human Rights after the Court ruled the British blanket ban violated the convention. But Jean Paul Costa says that would be a disaster:

"The only country which denounced the convention actually was Greece in 1967 at the time of dictatorship of the Colonels....I cannot imagine even if I can understand some irritation, that UK which is a great country - I admire the UK - could be in the same situation as the Colonels in 1967".

Shirin also speaks to two ambassadors to the Council of Europe about their role in reform of the court, and deciding whether countries' responses to its rulings are adequate. She is joined by Urszula Gacek from Poland and Daryal Batibay from Turkey.
Finally, a debate is held to discuss where the powers of the court should begin and end.

HT to Ed Bates for pointing this out!
Geplaatst door Antoine Buyse