Article on ECHR and Right to Reputation 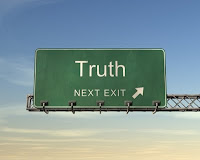 Stijn Smet, PhD researcher at the University of Ghent, published an article on ECtHR defamation jurisprudence entitled 'Freedom of Expression and the Right to Reputation: Human Rights in Conflict' in the American University International Law Review (Vol. 26, No. 1, pp. 183-236). This is the abstract:

Ever since the European Court of Human Rights has recognised the existence of a right to protection of reputation under the European Convention on Human Rights, a conflict between Convention rights arises in defamation cases. In such situations of conflict between freedom of expression and the right to reputation, the principle of indivisibility of human rights requires that both rights carry a priori equal weight. Yet, the research conducted for this article indicates that the Court engages in preferential framing and incomplete reasoning when attempting to resolve the conflict in its defamation case law. In order to pre-empt such preferential framing and to improve the reasoning of the Court the article proposes a theoretical model for the resolution of conflicts between human rights. The jurisprudence of the Court on the conflict between freedom of expression and the right to reputation in defamation cases is critically analysed through the lens of this model. The article demonstrates how the model might prove to be a useful tool to improve the legal reasoning of the Court in defamation cases.