Kant and the Convention 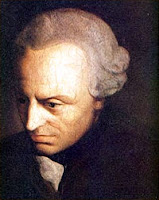 Although Immanuel Kant's home town of Kaliningrad, formerly Königsberg, falls within the territorial ambit of the European Convention, who would have thought that the famous philosopher's ideas could be relevant in assessing the national implementation of the ECHR? Mads Andenas of the University of Oslo and Eirik Bjorge of the University of Oxford have published "National Implementation of ECHR Rights: Kant’s Categorical Imperative and the Convention" as a University of Oslo Faculty of Law Research Paper. This is the abstract:

The effectiveness of the European Convention of Human Rights and of the judgments of the European Court of Human Rights depends on national implementation. This article looks at the implementation of the Convention in Belgium, the Czech Republic, France, Germany, Norway, Russia, and the United Kingdom. In all of these jurisdictions there has been fundamental change over the last 10-15 years. For the ECHR system to work, the national courts must interact with Strasbourg only in ways which are capable of being universalised and applied also by other European courts. This article inquires into whether national courts have taken on board the imperative of their role and responsibility in a wider European context: a UK exceptionalism will breed a Russian etc. The inquiry concludes that the national jurisprudence implementing the Convention into national law generally has taken this imperative on board.